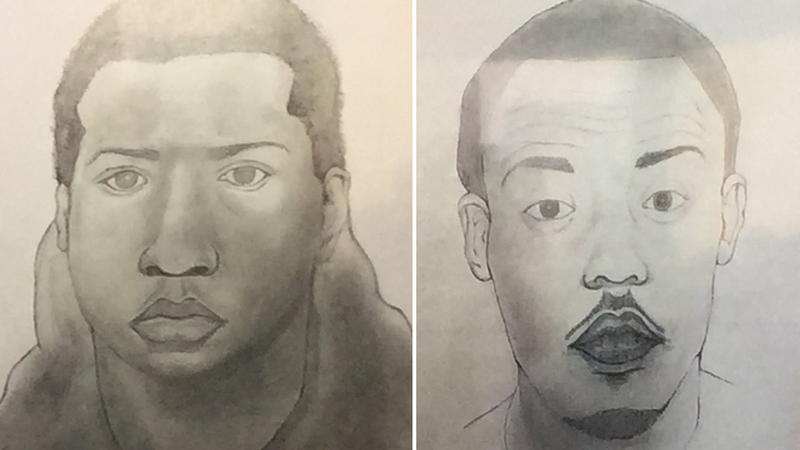 OAKLAND, Calif. (KGO) -- It's been a long time, but the pain is still fresh for the families of two young men shot and killed at an Oakland street party two summers ago.

These are sketches of the two men in the video grab. @oaklandpoliceca are still looking for, asking for public’s help in unsolved 2016 double murder. pic.twitter.com/EBMVh1Ms5b

"I know someone knows something. This has been two years," said Andrea Glasper, the grandmother of 20-year-old Craig Fletcher-Cook, who was one of two young men gunned down. "It's hard. It's very hard."

"These family and friends are hurting, they deserve justice and they deserve closure," said Oakland Police Chief Anne Kirkpatrick, who was flanked by the family of Fletcher-Cook as investigators released new video and sketches in hopes of finally cracking the 2-year-old case.

One video, eight seconds long, captures the panic in the crowd as gunshots are fired. Investigators believe they came from multiple gunmen on the night of Aug. 14, 2016.

It happened during a party outside Prime Development Gallery on 15th Street, three blocks off Broadway.

When the gunfire stopped, 20-year-old Fletcher-Cook and 22-year-old artist Terrence McCrary Jr. were both dead.

Now police are asking for the public's help in identifying two men captured on surveillance footage seconds after the shooting.

A sketch artist also came up with likenesses of the two men and a third, who they believe is a potential suspect.

"There were a lot of people there, a lot of rumors going around," said a tearful Mary Cazden, Fletcher-Cook's foster mother who also made a public plea for someone in the very large crowd that night to come forward.

#HappeningNow Family members of two Berkeley men killed in August 2016 shooting in Oakland stand with photos of their loved ones @oaklandpoliceca press conference on unsolved case. #TerrenceMcCrary and #CraigFletcher-Cook pic.twitter.com/OR8cfxOUvx

"This picture was taken two weeks before he died at a graduation ceremony," said Cazden, clutching an 8x10 photo of the smiling Fletcher-Cook. "He had the whole world in front of him. We're really hurting."

"You gotta look at that when you see a family grieving and have some form of connection," added Oakland Police Captain Roland Holmgren, "Some form of , 'Hey, if that was my loved one up there, I would want to come forward and give that piece of information.' That's what we're hoping for, that's what we want right now."

Police and Crime Stoppers of Oakland are offering a $25,000 reward for information leading to an arrest.

Oakland Police Department Homicide investigators are requesting the community's assistance and encourage anyone with information regarding this incident to contact them at (510) 238-3821or the TIP LINE at (510) 238-7950.
Report a correction or typo
Related topics:
oaklandcrimemurderhomicide investigationopdhomicidedouble murderpoliceinvestigation
Copyright © 2021 KGO-TV. All Rights Reserved.
RELATED 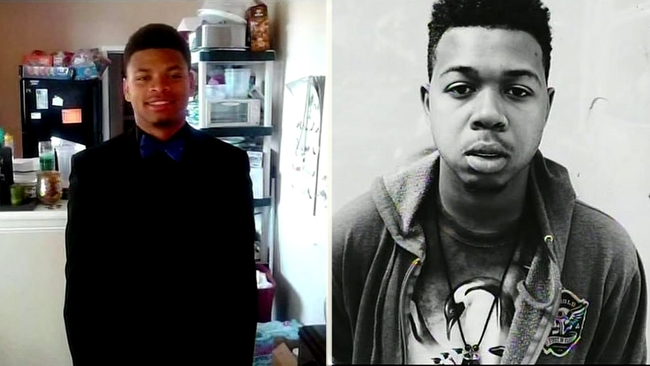