KGO
OAKLAND, Calif. (KGO) -- Emotions will be high when the Raiders host the Denver Broncos on Christmas Eve in Oakland on ABC7, and it won't be because it's a rivalry game.

Monday could be the team's final game ever at the Oakland Coliseum, a place Raiders quarterback Derek Carr describes as "home to me."

"I've played on this dirt, got a lot of blood, sweat, tears. Broke bones out there. Won some great games, had some memories. It's weird to think that this could possibly be the last game. I don't want that. I know I don't. I know our fans don't. With the fact that it could possibly be... I think it's going to be a great atmosphere," he said at a Thursday news conference.

Derek Carr on other people’s criticism of the Oakland Coliseum: “It’s home to me.” #raiders pic.twitter.com/Izd61HUwvh

Usually players try to keep their focus locked firmly on game preparation during the week, but Carr admits the team's uncertain future is definitely a matter of discussion in the locker room.

ABC7 is your home for the Raiders' final game at the Coliseum on Christmas Eve at 5 p.m.

Take a look at the latest stories and videos about the Oakland Raiders. 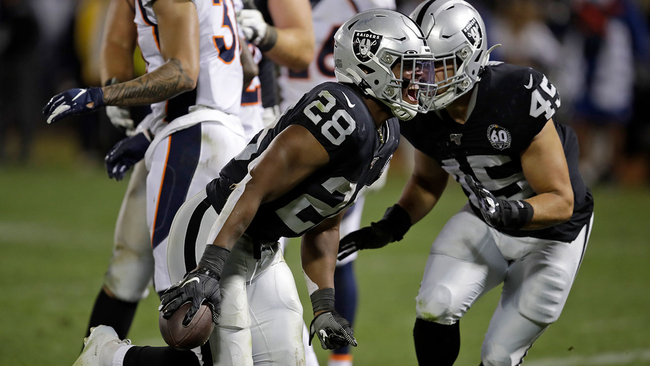