KGO
By by Cornell Barnard and Lyanne Melendez 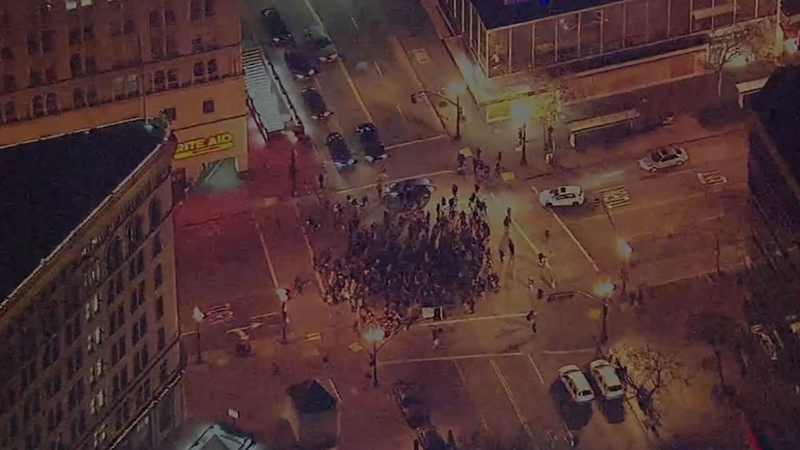 SAN FRANCISCO (KGO) -- Thousands of people gathered at The Embarcadero in San Francisco to celebrate the New Year and watch the annual fireworks show. Before midnight, however, a group of protesters also gathered in the middle of the festivities to protest against police brutality.

Police in San Francisco kept a watchful eye to help facilitate the demonstrations. Things remained peaceful as protesters marched to the Ferry Building and up and down the sidewalk.

As of 11 p.m., two protesters in San Francisco were arrested for public intoxication.

In Oakland, traffic was a mess as protesters blocked cars in a demonstration against police brutality. Police say some of the protesters threw bottles at officers. Organizers called their march the "New Year's Eve Noise" demonstration. Police estimated the crowd was at about 125 to 150 people at its height.

As of 2 a.m., Oakland police said, "At least 29 arrests were made for various crimes such as vandalism, failure to disperse, resisting arrest and assault with a deadly weapon." 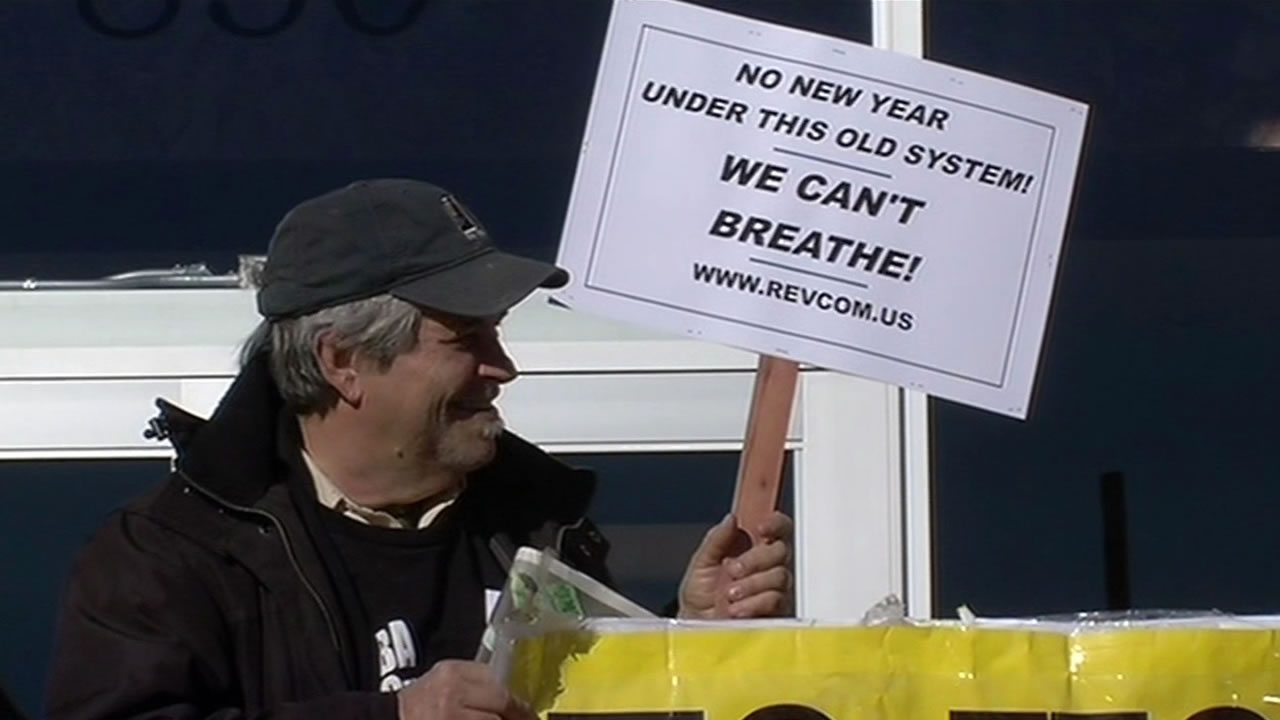 D'Andre Teeter, an activist with the Bay Area Stop Mass Incarceration Network, said the New Year's Eve activities will allow protesters a chance to show visitors who come into San Francisco and Oakland that the movement to end police brutality is still alive and growing.

"Hundreds of people, it's a perfect time to send out message out there," Maya Malika of the Revolution Club said. "This is going to continue to happen. We are not going to stop."

They have made it a habit to protest on major holidays to bring attention to what they say is widespread police brutality.

"For you to tell us not to demonstrate against police murders, is absolutely unacceptable and we join with people all over the country, all over the world, who are continuing to build this campaign," Teeter said.

Police were also aware of the threats made against police officers around the nation. Officers were warned and told to remain vigilant. 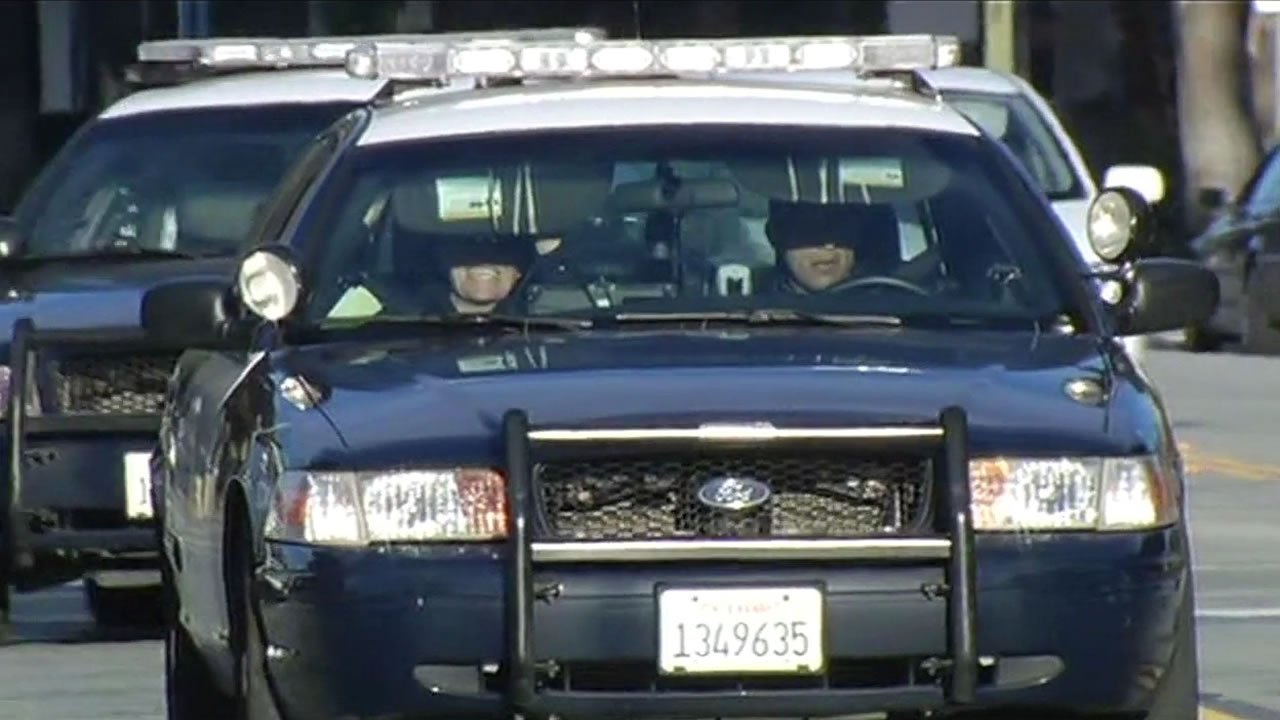 Restaurants along The Embarcadero say they weren't concerned about the protests.

"No concerns for us. It gets jammed packed down here regardless, so we just try to give the people who are here a great night," said Parke Ulrich of Water Bar restaurant.

At noon on New Year's Day, a memorial will be held for Oscar Grant III at Oakland's Fruitvale BART Station, according to Teeter.

Grant, an unarmed black man, was shot to death on a train platform at the Fruitvale station by a BART police officer early in the morning on New Year's Day in 2009.

Eleanor Levine, an activist with the organization Code Pink, said she is appalled by recent police killings and encouraged anyone who would like to see an end to police brutality to join protesters on New Year's Eve to make their voices heard.

Levine, an Oakland resident, said the Oscar Grant Committee Against Police Brutality and State Repression, a group created in the wake of Grant's death, has asked people not to take BART during New Year's Eve and New Year's Day in honor of him.

Other protests against police brutality were planned across the country, according to Teeter, including New York City where a rally was to be held at Union Square before protesters march to Times Square, where a massive crowd would gathered for the annual New Year's Eve ball drop.

For full coverage on the recent police protests, click here.