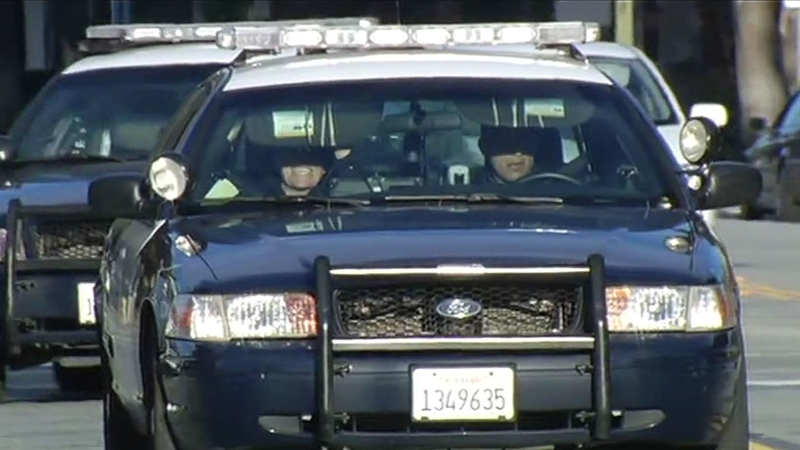 SAN JOSE, Calif. (KGO) -- San Jose police officers are on high alert, reacting to death threats on social media. They are patrolling in pairs for 24 hours to benefit from an extra set of eyes.

Officers began patrolling in pairs on the day shift Wednesday morning. The doubling up continues until New Year's Day.

This is the reaction to pointed threats and hashtags posted on social media, including, "kill a pig night" and "New Year's Eve massacre." There were replies on social media just as sharp denouncing the call for violence.

San Jose police spokesman Albert Morales says it's difficult to validate the threats, but there's also a risk in not taking them seriously.

"We did receive information that some of these threats did involve New Year's Eve 2014 specifically," said San Jose police spokesperson Albert Morales.

Three nights ago, two Los Angeles police officers encountered gunfire in what may have been an ambush in an area of known for gang activity.

"We take threats very, very seriously," Morales said. "We want to again insure the safety of our officers is utmost importance, and in light of these recent threats, we want our officers to be safe."

"I have confidence I'll be riding along with some of the best officers in the country," Liccardo said. "I've been involved in many, many ride-alongs since the time I was a criminal prosecutor, so I'm certainly comfortable. But I know these officers are folks who are out there every day and risk their lives, and we're very grateful for that."

Having officers paired up will mean fewer patrol cars working on one of the busiest nights of the year. However, having two officers responding to high-risk calls will mean they won't have to wait for back-up as they would when patrolling alone.