ONLY ON ABC7NEWS.COM: New shelter for single women opens in Oakland 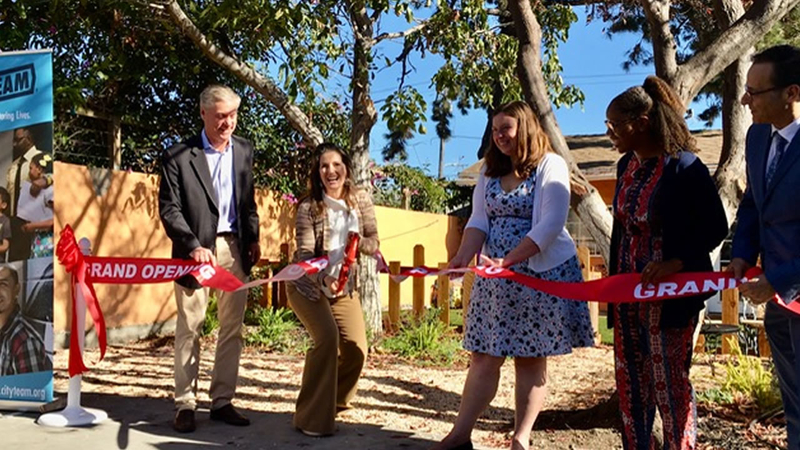 OAKLAND, Calif. (KGO) -- As part of Building a Better Bay Area, we're also focused on homelessness and possible solutions to the housing crisis. On Monday, the city of Oakland dedicated a transitional facility for women only.

For Joanna, it's way out of a life that was bringing her down and threatening to destroy her.

"I lost my home after 14 years and it was a downward spiral every since then," she said.

For years, she lived in an abusive situation in Oakland. She wasn't homeless, but she was trapped.

"The chatter and the confusion and the chaos and the violence. It wasn't very good," said Joanna. "I didn't see any hope."

Now, Joanna is one of the first residents of Turning Point, a new residential program in East Oakland for single women. It's the first of its kind by CityTeam, a Christian nonprofit organization with a locations on Oakland, San Jose and San Francisco.

"There really isn't another place in Oakland that concentrates on the healing of single women," said Angela Aguilar, Executive Director of CityTeam Oakland. "We have problems with trafficking and domestic violence and some drug abuse, but what happens to women is they end up being attached to their abuser because it's also a mean of protection."

Turning Point isn't just about providing shelter or a temporary bed to sleep in. The approach is long-term and life-changing. Residents stay in the program for 6 to 12 months depending on their unique circumstance.

"Our thing here is to not only help those women to get housing, but to sustain it as well," said Ashley Ross, Transitional Housing Program Manager for CityTeam. "It's one thing to put someone in another place, to shelter them, but it's another thing to give them all the tools they need to succeed in life."

"We have to recognize that women live under a unique set of threats," said Schaaf, "to their safety and to their emotional well-being."

There is space for 24 women in the nondescript, but well-appointed home in a residential neighborhood. The furniture and meals are provided at no cost, but every participant must be working toward gaining employment or continuing their education. There is also counseling for domestic violence and substance abuse.

For Joanna, it's about regaining hope in a life that once seemed lost.

"It's a whole program. They give you freedom. I'm getting my freedom and I can go back out and help someone else," she said. "Where it was dark, I just see sunlight now."