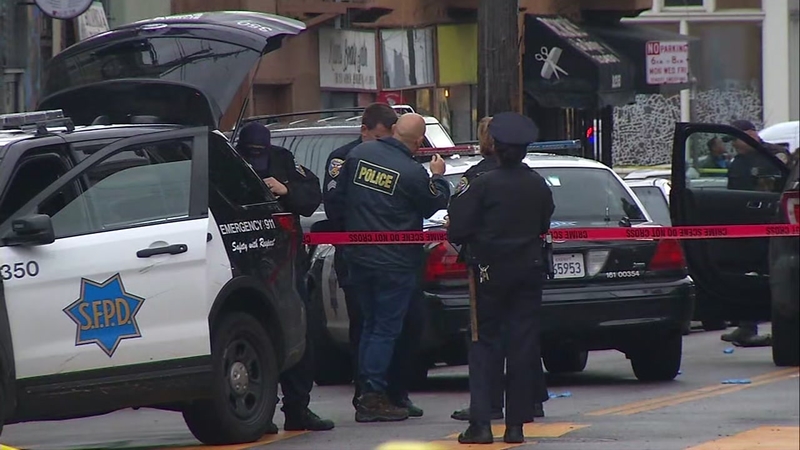 Police say the officer is expected to be okay, but the suspect has life-threatening injuries. The department says it's the first officer-involved shooting this year.

"I heard six to eight gunshots, then I heard somebody yelling," said neighbor Cooper Temple.

Neighbors heard gunfire around 8:30 a.m. Saturday in the Mission.

Police say two officers were investigating a possible burglary in progress at a residence at Capp and 23rd streets when they encountered a suspect matching the same description.

One man who wanted to remain anonymous said he witnessed the shooting.

"I saw a little scuffle between the two officers and what appeared to be an intoxicated person, right away they let off eight shots," he said.

Police say the suspect was wounded. Authorities say the man was armed but offered few details.

"The suspect assaulted the officer with a weapon. I'm unable to describe the weapon," said Rueca.

One officer was hurt in the incident with unspecified injuries and is now recovering at the hospital.

Police Chief William Scott was at the scene for the investigation that's now underway.