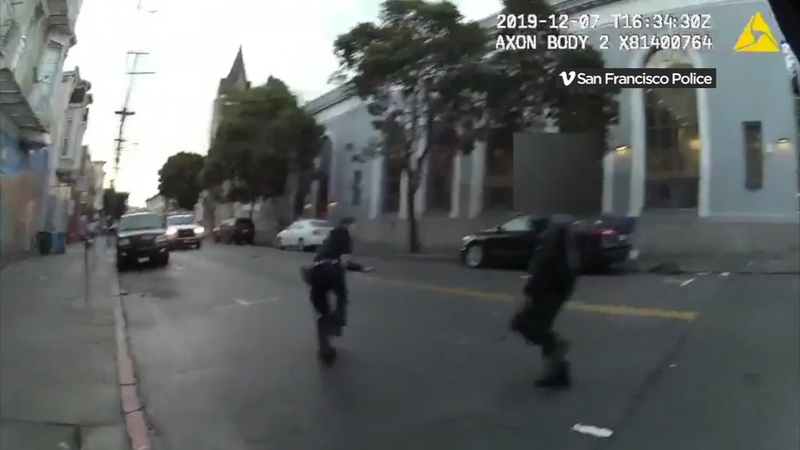 On Dec. 7, officers were in the area of 23rd and Mission Street investigating a report of a hot prowl burglary and a separate vandalism report when they attempted to stop a man they claim matched the description of the suspect in both reports.

Authorities say when officers went to confront the suspect, Jamaica Hampton, he charged them with a glass bottle and that's when one of the officers opened fire. Hampton was shot three times.

Officer Hayes's body camera shows the moments leading up to the shooting.

In the video, you can see Officer Sterling Hayes immediately getting attacked by Hampton after opening the car door.

His partner, Officer Christopher Flores, tried to use his baton, but Hampton overpowered him, striking him twice in the head with an empty vodka bottle.

You can see Hampton on the ground, attempting to stand, when Officer Flores fired another shot.

Hampton was taken to the hospital with life-threatening injuries.

Community members, friends and family were all present at a town hall meeting and painted a different picture of Jamaica Hampton. They say he dreamt of working in foster care and volunteered at VIVE Church in Oakland.