Police released the mug shot of a suspect accused of stealing a San Francisco police car and leading authorities on a dangerous chase across city streets onto Treasure Island Saturday.

SAN FRANCISCO (KGO) -- Police released the mug shot of a suspect accused of stealing a San Francisco police car and leading authorities on a dangerous chase across city streets onto Treasure Island.

Randal Lee Maykopet, 26, was arrested on the Bay Bridge Saturday by an officer who jumped from the upper to the lower deck to catch him.

ABC7 News is learning more about the suspect and about the man who was rear-ended by him in a stolen police SUV.

Mohammed Tijani just got his smashed up car back home on Monday. "At the auto release center they mentioned if I were to get into the vehicle to attempt to drive it I may get pulled over by a state trooper and they would tow the vehicle again," Tijani said.

He had it towed from an impound lot in Daly City this weekend. It was hauled there after being rear-ended by a stolen police SUV.

Police said Maykopet was seen waiving a knife in the Marina District and when officers arrived to see what was going on he hopped into a the police cruiser that still had its keys in the ignition.

The chase ended on the ramp to the Bay Bridge on Treasure Island.

Tijani was heading into work when he got hit. "I wish I would have left my house five minutes earlier. That would have saved me a lot of headache," he said.

So far, Tijani had to pay over $600 to get his car out of impound and towed back home.

A police spokesperson said the department did not release additional information at this time because the incident is still under investigation.

Tijani said they police haven't told him much about who's going to pay for his damages either.

During an event on mental health services in the city Mayor Ed Lee said luckily no one was killed, including the suspect. "Although, all the things that he did, including crashing into, was it seven different vehicles at the time, would have taken out any individual if they were in the wrong place at the wrong time," Lee said.

Maykopet is facing several felony charges, including carjacking, assault with a deadly weapon and driving under the influence of drugs or alcohol. 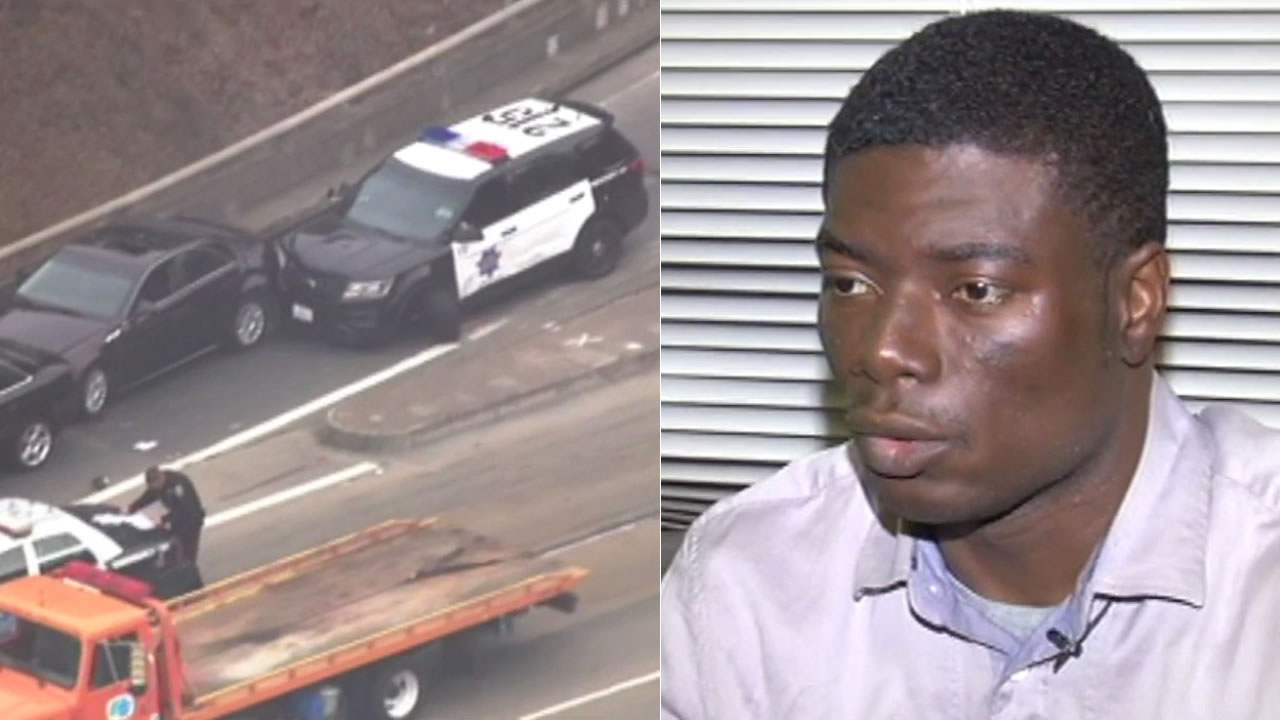