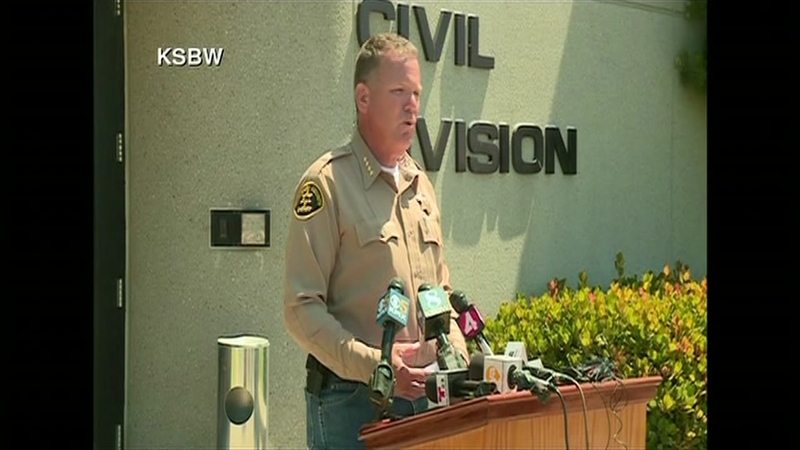 SAN MATEO COUNTY, Calif. (KGO) -- During a press conference on Monday, officials said a missing Oregon woman who was found at the bottom of a cliff near Big Sur survived only on water for seven days and added that Angela Hernandez "is one amazing fighter."

Hernandez says she was stuck at the bottom of a cliff near Big Sur after her car veered off the roadway and that she kept herself hydrated by using a radiator hose from her car to tap water from a local stream.

WATCH LIVE: Official: "The car was on its wheels, and had a lot of damage. People don't normally survive plunges like that, she is very lucky." https://t.co/sdX7ZRXStO pic.twitter.com/WQypyZr6Op

A couple who found Hernandez along the Monterey County Coast said they were shocked to see a person down there.

Chelsea and Chad Moore described finding Hernandez's wrecked Jeep near Highway 1. "We saw a bumper first and we were like, 'there's a bumper, that's weird.' And then came around another bend and we saw the car," said camper Chelsea.

"Angela was right there in the rocks, just looked like hell," said Chad.

Hernandez told deputies her Jeep went off the roadway when she swerved to avoid a rabbit.

Officials said Hernandez is now recovering at a hospital and that her family is excited to have her back.