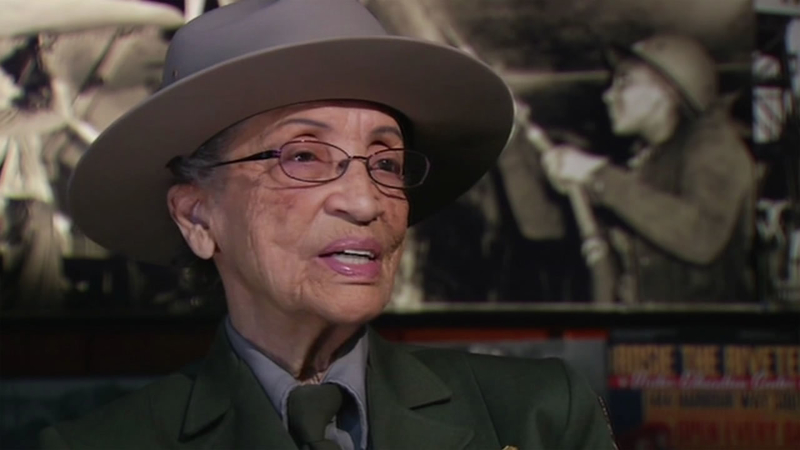 RICHMOND, Calif. (KGO) -- Richmond police are searching for a home intruder accused of attacking a 94-year-old woman named Betty Reid Soskin and stealing the presidential coin given to her by President Barack Obama.
ABC7 News has profiled her several times for being the oldest national park ranger in the country.

Police say Soskin was asleep in her home around midnight Monday, when someone entered her home.