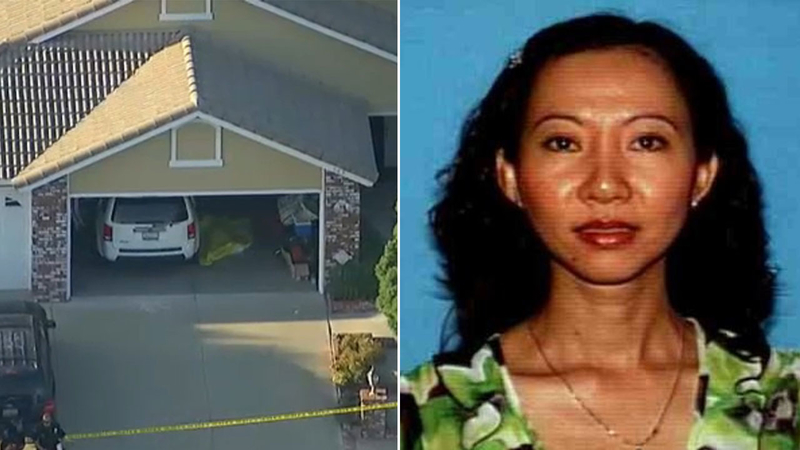 ONTARIO, Calif. -- Suicide notes left by an Ontario woman indicated her plan to kill her two young daughters, then herself, authorities said Wednesday.

Ontario police said the mother acted alone in the murder of her daughters, ages 4 months and 14 years old, who were both found dead in an Ontario home. Police did not provide information on the details of the notes, which were found in the house and in a car at the home.

RELATED: Deaths of 2 sisters at Ontario home investigated as homicide

The 14-year-old was a special needs child, police said, and the mother was "dealing with some depression" prior to the incident.

The grim discovery was reported Tuesday afternoon at a house in the 500 block of East Tam O'Shanter Street, where the girls' father found them in the garage - though detectives ruled out any indication of noxious fumes. The children were pronounced deceased at the scene.

"Once (the father) discovered (the victims), he called the police in a lot of distress," Police Sgt. Bill Russell said. "The father is distraught. You figure at this point, he's lost both his children and his wife is in the hospital injured, and he's lost everything at this point. I'm sure he's dealing with a lot of stress and a lot of emotion."

Authorities said there were visible injuries on the children, and a struggle ensued, which may have factored into at least one of the daughters' deaths. However, the cause of death of the young victims was not immediately disclosed.

Their mother was transported to a hospital in stable condition. She has not been publicly identified, and police have not yet been able to interview her.

"They're administering CPR to an infant and to a teenager. And so, especially knowing that those efforts were unsuccessful, (it) just was heavy on everybody's hearts and minds," Russell said. "And it can be really traumatizing for our officers as well as our dispatchers who have to listen to these things unfolded over the phones sometimes. It can be very traumatizing, and it's tough on them too."