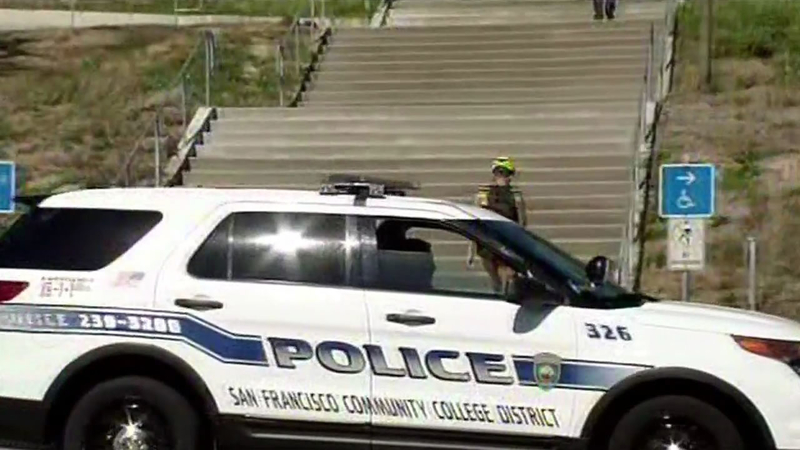 SAN FRANCISCO (KGO) -- Authorities say a gunman opened fire at a rural Oregon community college on Thursday, killing and injuring several people before dying in a shootout with police.

And now we know that one of the biggest debates on that campus last year was whether to have armed security officers. They did not have any first responders.

So, how prepared are some community colleges here in the Bay Area?

City College of San Francisco has its own first responders -- 22 on its main campus and at the other smaller centers throughout the city.

"I constantly see them around," said student Andrew Nishimura. "They are always on patrol. So yeah, I always feel safe around here."

In the upcoming weeks, City College will roll out an emergency alert and mass notification system called Regroup. Students, faculty, and staff will receive a text message in the event of a situation like the one in Oregon.

"Yeah, it could happen to anyone or anywhere," said another student.

Even with all the security in place on this campus, students know it's hard to stop a gunman.

"You know we have all 10 toes? You know, you should basically stand on your toes and move around and look around you," he said.

The words "lock down" mean an intruder is on campus. Video from two years ago shows San Jose City College police being trained to confront a gunman. In about six months, students and staff will be taught a new program called, "Run, Hide, and Defend," showing them how to survive a shooting attack.

"There is an unpredictability to this," Hamilton said. "But it also makes a huge difference for people to be prepared and be trained and for there to be an alert system, security systems and police nearby."

The community college in Oregon had no formal security staff.