ONLY ON ABC7NEWS.COM: Victims of fatal crash in Orinda were cousins, one leaves behind a 1-year old daughter 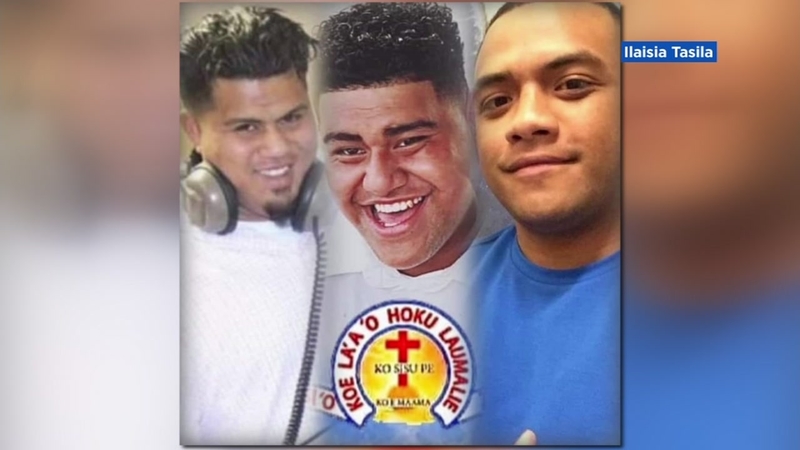 Victims of fatal crash in Orinda were all cousins, one leaves behind a 1-year old daughter

ORINDA, Calif. (KGO) -- The CHP is investigating a weekend car crash that claimed the lives of three men from the East Bay. It happened early Saturday morning in Orinda.

All three victims are cousins. The trio was driving back home from a church event in Concord where they played music to raise for funds for an upcoming trip.

A video posted on Facebook shows friends singing and playing music at a Tongan Church event in Concord.

Sadly, only hours after this video was recorded, three men including Sione Vaitafa would lose their lives in a car crash.

"My brother was a good kid, just a baby," said Nonga Vaitafa.

Nonga Vaitafa says her brother Sione was a graduate and football star at Hayward High School. Described as a kind, devout young man. His nickname was teddy bear.

"A big teddy bear, a big guy with a big heart," Vaitafa added.

Mauni Pahulu is remembered as a hardworking man with a big heart. He leaves behind a wife and 1-year-old daughter.

"She just turned one in July and we are just grateful that she is here. He will never be forgotten," said Mauni Pahulu's sister, Elenoa Pahulu.

The three cousins were returning from the church event when CHP said the Nissan the trio was riding in, veered off of Highway 24 in Orinda and struck a tree.

Authorities believe rain and the weather may have played a part in the accident.

"Honestly it's a huge loss. Everyone is trying to be strong for each other. But, I know that everyone is dying inside," said Pahulu.

The sister of one of the young men killed in a car crash in Orinda says he and his friends were driving home from a church event.

At Mauni Pahulu's home, close to 60 family members gathered and comforted each other.

"My grandson has passed away," said Meletamole, Pahulu's grandmother and added, "he was a happy guy very athletic he was very likable and everyone knew him."

The cousins' uncle described the trio as best friends and inseparable.

"How short life is. You never know, one day you could be here and the next day you're gone. It kind of brought us tighter, together," said Tevita Lavaka.