OSCARS: The impact of divorce on a child leads to an Oscar nomination for a Bay Area animator 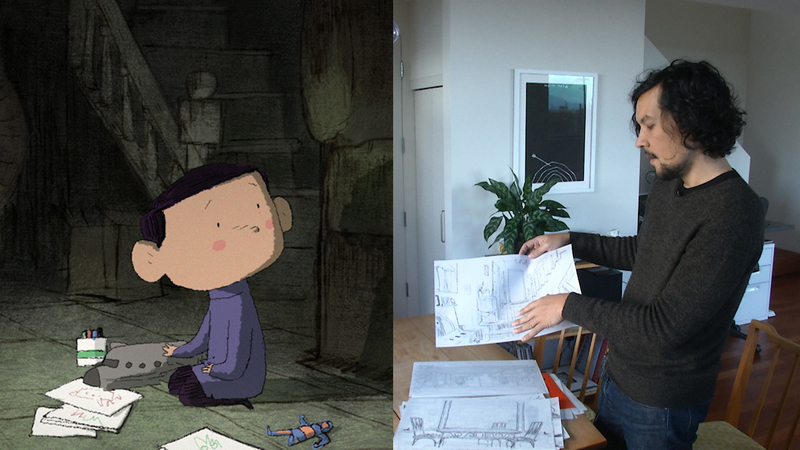 How divorce led to an Oscar nomination for an animated short

BERKELEY, Calif. (KGO) -- Two Pixar animators have been nominated for an Academy Award in the category of animated short, but unlike Bao, the movie Weekends is not a Pixar film.

Trevor Jimenez directed Weekends. It was more than a film for him, it was a personal journey.

"I grew up with divorced parents and the whole point of the film is to capture a child's perspective on that," said Trevor, who is a storyboard artist at Pixar.

Weekends is about a young boy who goes between his mother and father's house in Toronto. You can see the contrast in his two lives, and how his relationship with his parents evolved over time as they searched for new partners.

Got nominated for an #Oscar today. Still can't believe it. Thanks to all the friends and family for blowing up my phone and filling my office with balloons. You all made this moment truly special. pic.twitter.com/WdIj4t4pOq

The idea for the film began over a decade ago, when Trevor made a short clip for a portfolio while looking for work.

"I did this drawing of his mom's home to his dad's car and put it online. In the comments section, people started posting, 'Oh, my parents are divorced.' It made me realize this was a very common experience. They want to connect with it. And then I realized this is more than a drawing and it can be a story that people relate to," said Jimenez.

Getting the film done was not easy. Trevor found work and eventually got a job at Pixar that took up most of his time. But eight years ago, he began working on the movie in his spare time.

He mostly sat at his kitchen table and drew. He made 160 charcoal drawings. Pixar has a program that lets employees use company equipment to work on their personal projects. His co-workers at Pixar also worked on the film as producers and animators.

Trevor made the two homes in the film similar to what he remembered of his parent's homes, including a wooden red horse in his dad's apartment.

"The film is not all about me. I try to capture my parents sincerely without judging them or saying anything negative about them," said Jimenez, who talked to his mom about every step of the production. "When she saw the film, it changed how she saw my experience."
The film is subdued. There is no dialogue. Instead, "Weekends" communicates feelings and mood through gesture and color.

"With divorce, I never wanted the film just to be sad. There is an opportunity to get to know each parent better because you have all this time with them. And then there are sad elements too, and weird elements, and surprising and scary ones," said Jimenez.