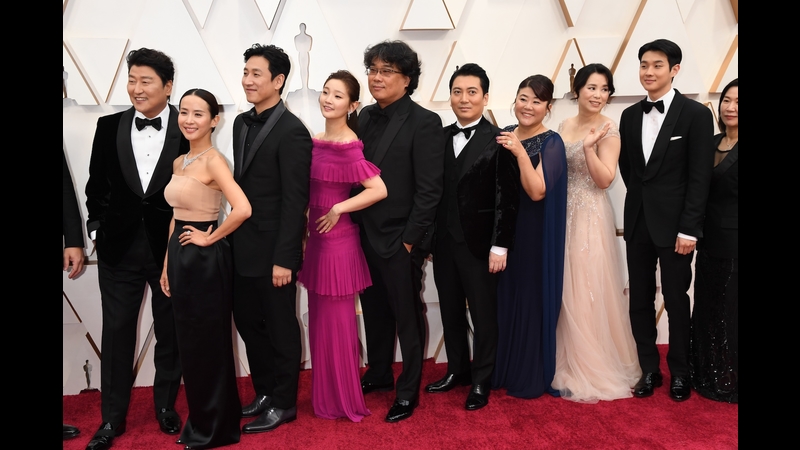 SAN FRANCISCO (KGO) -- Parasite's big win at The 92nd Academy Awards had many in the Bay Area celebrating, including Korean Americans and veterans of the film industry.

The Korean film that explores issues of class with a horror comedy twist won best director for Bong Joon Ho and a historic nod for best picture, the first awarded in the category to a foreign film.

Parasite fans Eddo Kim and Clara Lee held their own little Oscars party to root for the movie.

At SFFILM, they've been championing foreign cinema for a long time and they're thrilled the Oscars are finally taking notice.

"What's so special about this win is that this is a film that succeeded with audiences because it was very much a movie of itself. It wasn't trying to be a Korean version of an American film," said SFFILM programming director Rachel Rosen

At Eddo and Clara's store 'Queen's' in the Inner Sunset, you can get even get a taste of the movie.

"This is the Parasite combo," said Lee holding up two instant meal fares that feature prominently in the film.

For the cast and crew, including director Bong Joon Ho the one word to describe the night likely "unbelievable." But in a few words, for his Korean American fans, this: