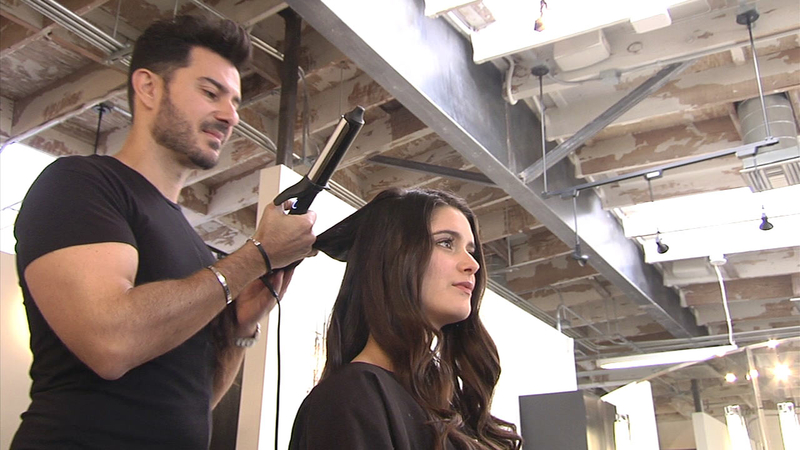 LOS ANGELES -- Walking the most glamorous red carpet on the globe requires more than a stylish gown and jewels - it's really all about the hair.

"The hair is really the main event. You have to think about it. It's one of those things that can make or break the whole look," said Matrix StyleLink Celebrity Stylist George Papanikolas.

Papanikolas said for him, it doesn't get any bigger than the Oscars.

"This is really in Hollywood the most exciting time. This is when the stars really want to pull out all the stops," he said.

At his Andy LeCompte Salon in West Hollywood, Papanikolas offered a sneak peek at the styles you can expect to see at the Oscars.

He said one of the most prevalent looks on the red carpet is the classic Hollywood wave.

"It's one of these looks that has looked good since the 1920s, still looks great today," Papanikolas said, adding that Sofia Vergara would definitely rock the look.

"It'd be gorgeous and glamorous and it pairs well with almost every gown," he said.

For a more casual look, some choose loose, soft waves.

"This is kind of like the modern girl's go-to. I feel like everybody wears this. It looks great," he said. "The main thing with these kinds of looks, you want to have a lot of shine."

For a more formal look, there's the updo.

"This is again the most formal of all the awards shows, so updos are probably something that you are going to see a lot of," he said.

Papanikolas said accessories have become huge with updos, since it's a great way to add a little bit of sparkle and take the hairstyle to another level.

"I could totally see Brie Larson rocking this look. Again it's soft, its young, but it also gives her a really elegant, modern feel," Papanikolas said.

With celebrity hairstyles, there's really just one rule - it has to hold up.

"You have to think that the celebrity is going to get photographed for the next few hours, so whatever you do, it needs to hold up and it's so important that it carries through the night," Papanikolas said.