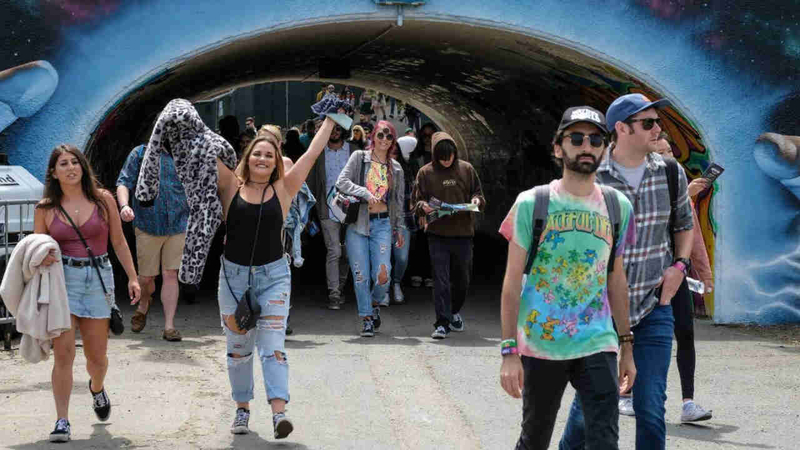 SAN FRANCISCO (KGO) -- The Outside Lands music festival has begun in San Francisco's Golden Gate Park. Organizers expect some 200,000 people in the next three days. And, while they paid roughly $100 a day to be there - few know the origin of this concert's name.

The property used to belong to Mexico, which transferred it to the United States by signing the Treaty of Guadalupe Hidalgo in 1848.

RELATED: 7 ways to rock Outside Lands like a pro

In 1866, the federal government gave the land to San Francisco, which created Golden Gate Park.

Its original name? The Outside Lands. That's the short version, anyway.

RELATED: Outside Lands festival to have 'Grass Lands' area dedicated to cannabis


This is the music festival's 11th year. Apart from the music, the festival also features 83 local restaurants, 41 wineries, 30 breweries, local art, comedy and a series of speakers.

More information about the event can be found here. And to listen to a live stream of select sets from the event between Aug. 10 to Aug. 12, check out the Outside Lands Radio channel.