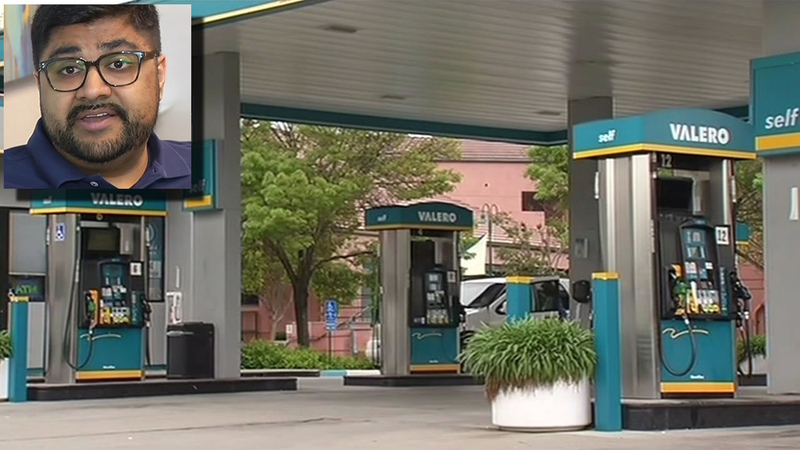 SAN RAMON, Calif. (KGO) -- A Contra Costa County gas station owner is discovering that solving a lawsuit isn't the same as settling it.

He's been sued by a Sacramento-area lawyer with a focus on handicapped accessible businesses and buildings.

The gas station owner said he's not upset to find out he's in violation of the Americans with Disabilities Act. He's upset that he was willing to spend several thousand dollars to fix the problem and settle the court cost, but the plaintiff wanted more than 10 times that much.

There is no doubt that the Americans with Disabilities Act has helped millions of Americans, like Megan Schirle of Berkeley. "It allowed for the first time, access into all public facilities," she said.

And that can be a challenge if you're in a wheelchair.

So, they decided to make the requested changes by putting a bigger wheelchair access sign on the wall, installing a heat shield under the bathroom sink, and restriping the parking lot. But, the plaintiff still wanted $25,000 to settle. And if the payment wasn't immediate, the amount would grow. "At first you're kind of taken aback, you're a little bit agitated, a little angry," Misson said.

So the Misson family did some research and found out the plaintiff was Sacramento-area lawyer Scott Johnson.

Johnson has filed hundreds, if not thousands of similar suits in and around Sacramento and is now filing some in the Bay Area. San Francisco Attorney Martin Orlick has defended numerous businesses Johnson has sued. "It has done a disservice in many respects to the disabled community because of the proliferation of lawsuits over a mirror that's inch-in-a-half too high or door pressure that might be a pound or two over the statutory requirement," Orlick said.

The Misson family has decided to fight the lawsuit, even though it might be cheaper in the long run to settle. "This is not about fixing the issues at the site, this is about lining their own pockets," Misson said.

ABC7 News tried to repeatedly to reach Johnson for a comment, but haven't heard back from him.