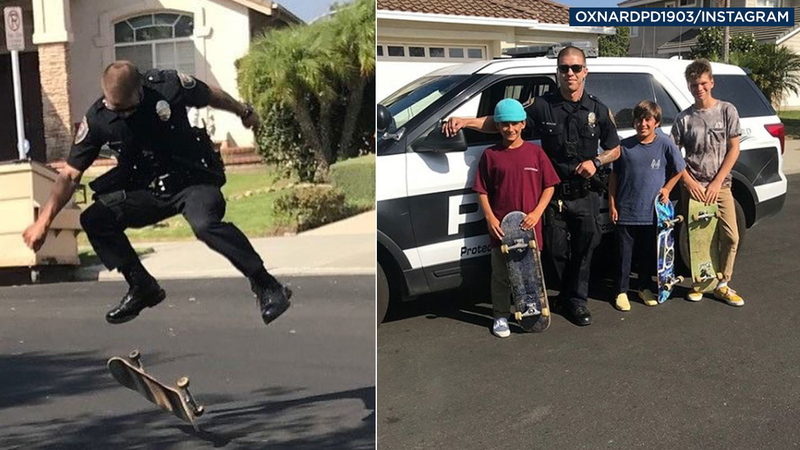 OXNARD, Calif. -- An Oxnard police officer showed off some sweet skateboarding moves while he visited some kids in between calls over the weekend.

Officer Hames and his partner Officer Fessler took a few moments to chat with some kids skateboarding in their neighborhood.

At first, the children thought they were in trouble for skateboarding, but then Hames started doing some tricks.

Hames was an amateur skateboarder for 10 years, who had won contests throughout the state including the California Skate Championships for his age division.

With more than 20 sponsors, Hames could have become a professional but in the end he chose to become part of the Oxnard Police Department.

Photos posted on the police department's Instagram page show Hames in his uniform and with his heavy gun belt skating and doing tricks with the kids. They also posed for a photo in front of the patrol SUV.

The department ended the post by reminding anyone who rides a skateboard on the streets to wear a helmet and be safe.