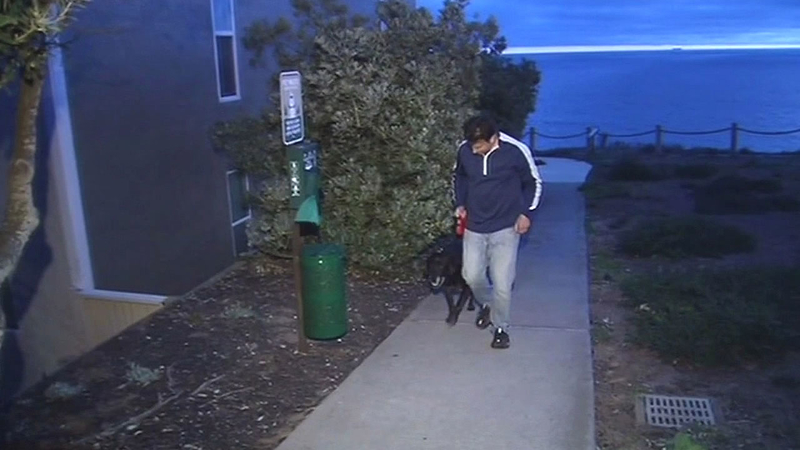 PACIFICA, Calif. (KGO) -- Pacifica is on alert after a coyote charged a man and his dog at the Land's End Apartments on Esplanade Avenue.

The coyote has been spotted there before and it usually just keeps to himself, but Tuesday morning, the animal gave one resident quite a scare.

Jerry Hirsch had a morning walk he'll never forget. He was with his black lab "Boomer" when a coyote emerged from the bushes.

"It basically charged at us from the bush and came straight at us," Hirsch said. "I yelled really hard at it and at last minute it kind of pivoted and it just turned and ran back that way."

California Fish and Wildlife says such aggressive behavior from coyotes is a concern, but there's nothing they can do unless the animal injures someone. The department says relocation is not an option because it just moves the problem elsewhere.

"What we try to always do is ask people remove the attractions, so clean up your trash, don't leave dog food out overnight, don't leave small pets lying around," California Fish and Wildlife spokesperson Andrew Hughan said.

If all else fails, Fish and Wildlife says because coyotes are not protected in anyway, property owners have a right to hire a company to trap and euthanize the animals. Residents hope it won't have to come to that. So for now, they're just spreading the word to be on the lookout.