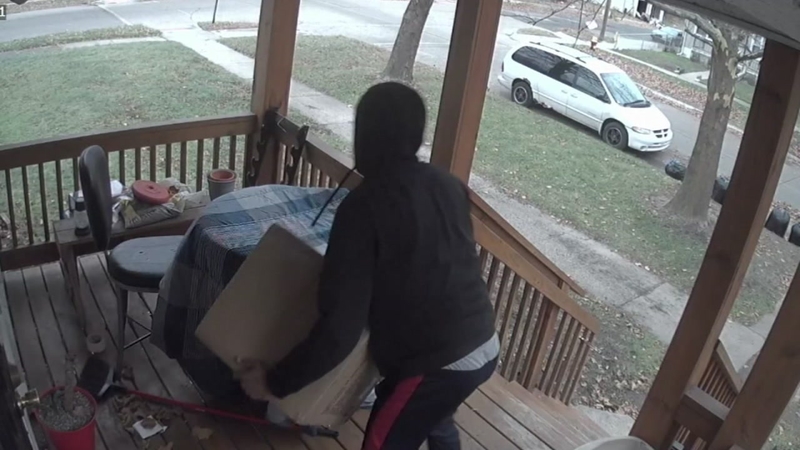 SAN FRANCISCO (KGO) -- There was a time when business owner Maryo Mogannam thought his postal service shop, The Postal Chase, would become irrelevant as online sales became more popular. But, to his surprise, he's had to expand instead, as more and more of his customers needed a safe place to have their packages delivered.

"My biggest customers live within a block and a half from here, some of them work from home," he said.

RELATED: Porch pirates strike a third of Americans surveyed, according to new study

But, many complained that their deliveries were being left on the porch with no regard for security.

"Average porch pirate in the 90s would have to cruise three or four blocks for one or two packages. Now, you cruise down one block, you probably have five or six maybe ten opportunities," he said.

As Cyber Monday sales continue to grow every year, incidents of package theft are also on the rise. According to a recent report by SafeWise, a security solutions company, 26 million Americans fell victim to porch pirates just in 2017.

Here are the top ten metros where porch pirates struck most:

"I think anything that has an Amazon sticker on it, it says steal me. Oh from XYZ jewel or B&H, it's gonna say, you're going to want this. You look at a package and it says Target, it's a target, pun intended," said Mogannam, sharing his experience from 20 years in the business.

Marin County Sheriff tweeted out a long list of theft prevention tips, reminding shoppers that there is an uptick in these types of thefts during the holiday season.

Mogannam doesn't see the problem getting any better. His advice, shop offline.