Police have been investigating for more than 20 hours and say they can't remember ever responding to a crime quite like this one.

PALO ALTO, Calif. (KGO) -- Many neighbors say they're still scared after hearing of a murder-suicide at a senior living facility in Palo Alto.

Police have been inside investigating for more than 20 hours and say they can't remember ever responding to a crime quite like this one.

The identities of the two men found dead have not been released, but some residents say one was the manager, who was well-liked.

"I saw this man, good man. Tall man. American. I never think he can kill somebody," said Galiana, who is one of the residents.

Residents of the Alta Torre Senior Apartments in Palo Alto talk quietly outside their building as part of the lobby is taped off as a crime scene.

Tarps cover the areas where two men were found dead in what police believe was a murder suicide.

"(The caller stated) that they saw somebody that looked like they needed medical aid. The Palo Alto fire department responded and located a male who was on the ground and he had a semi-automatic handgun in his lap," said Marianna Villaescusa, with the Palo Alto police department.

That man, in his 60s, was dead from what appeared to be a self-inflicted gunshot wound.

Another man, in his 70s, was found shot to death in the first floor office.

A few residents believe that was their manager.

A woman who lives in a townhouse next door is still shaken by what happened.

"I was really scared so I told my son who just wanted to come out and check the mailbox, I said don't go out there because who knows?" said Paula Feghhi.

Police say this is their first homicide of the year.

And responding to violent crimes at senior centers is extremely unusual.

"To have such a large type of crime occur there is definitely different," explained Villaescusa.

Both men lived here. Police are getting search warrants so they can enter their apartments and try to piece together what led to the shooting. 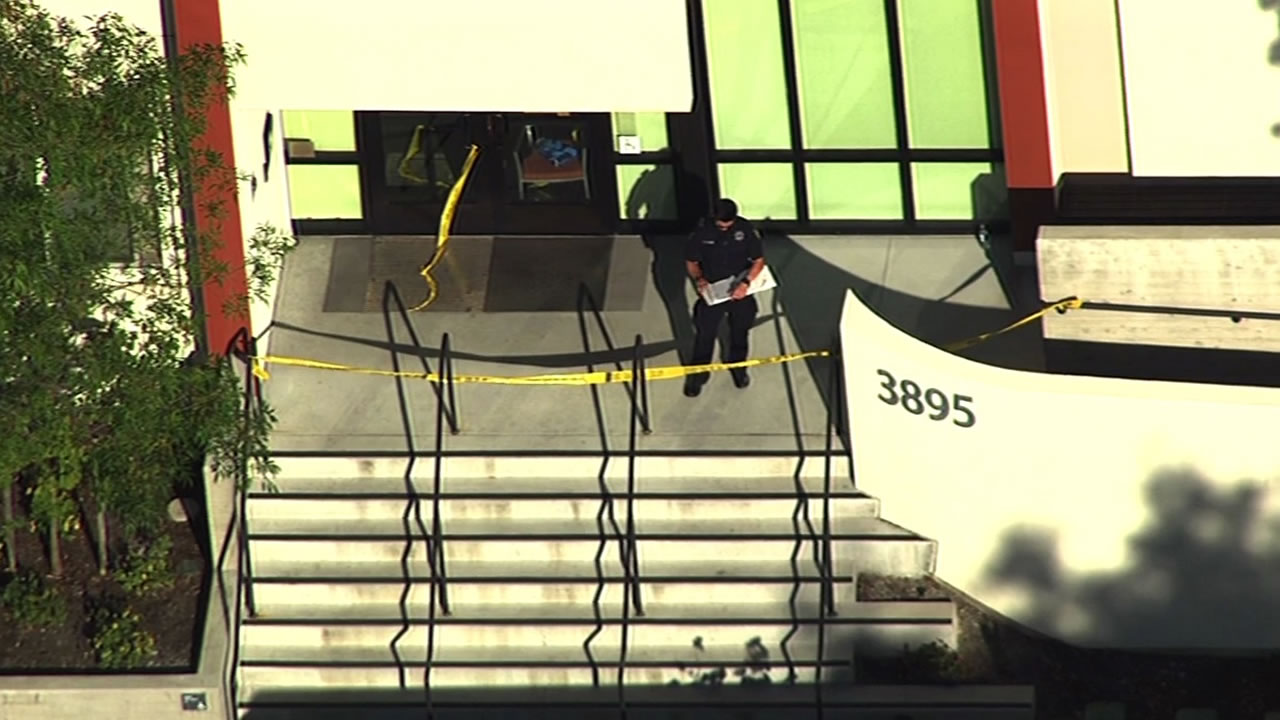