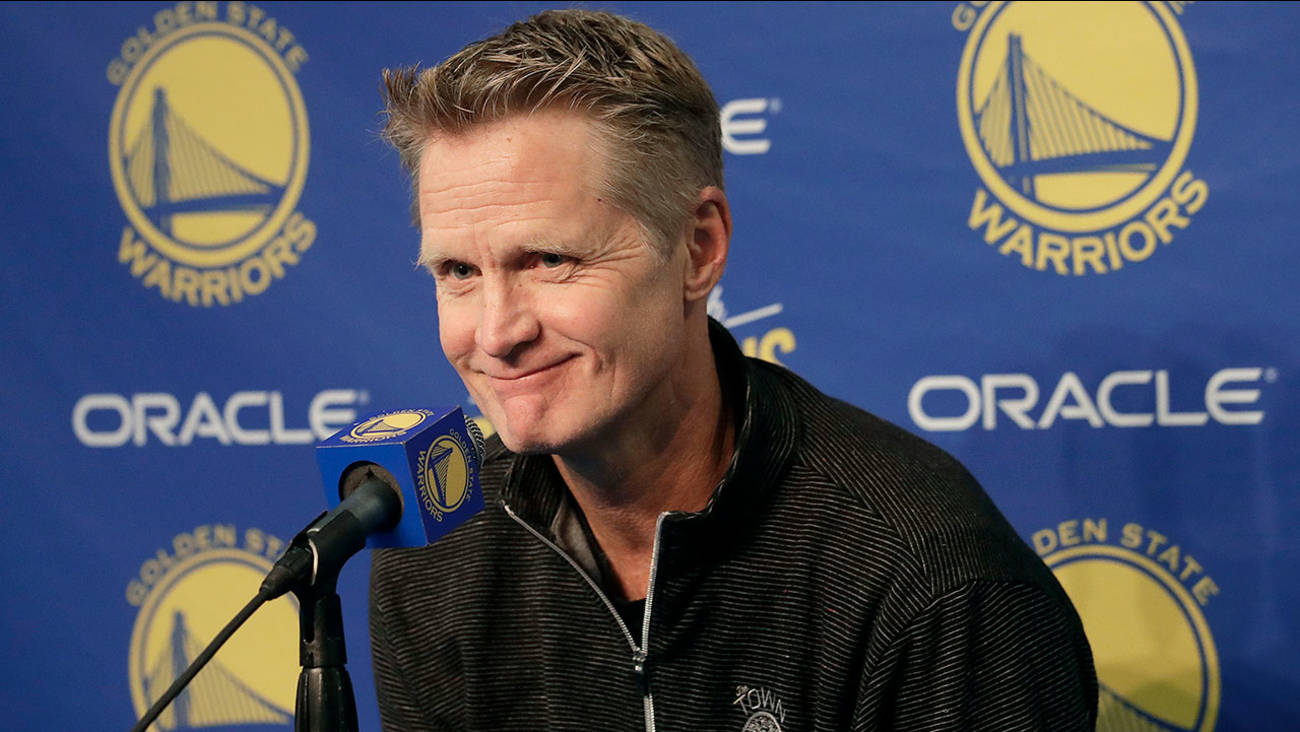 SAN FRANCISCO (KGO) -- On the anniversary of the Parkland shooting the head coach of the Golden State Warriors tweeted his memory of that tragic day.

Steve Kerr twitted several thoughtful tweet about the day the shooting happened. Coach Kerr did so from the same hotel room he was in when it all happened.

He tweeted, "Today I sat in the exact same Portland hotel room as I did one year ago, when I watched the horrific Parkland news on TV. I'm thinking about the victims and their families, the devastation and the despair. But I'm also inspired by the (A March 4 Our Lives) movement that has blossomed."

The tweets went viral with 1,805 on the first one. Kerr tweeted three more after calling for "common sense gun laws" and saying "enough is enough".

Today i sat in the exact same Portland hotel room as i did one year ago,when I watched the horrific Parkland news on TV. I’m thinking about the victims and their families, the devastation and the despair. But I’m also inspired by the @AMarch4OurLives movement that has blossomed

since then, led by a remarkable group of young people who are changing the course of gun safety laws in the US. Please join me in supporting groups like @AMarch4OurLives @BradyCampaign, and @sandyhook as we all must hold our elected officials accountable for the protection of our

families, friends and fellow citizens. We need common sense gun laws to help thwart the horror of the gun violence that occurs daily in our country. Enough is enough. The young people will win, and thank God, because the old people have let us down on this issue for too long.

Thursday marked the one year anniversary of the shooting at Marjory Stoneman Douglas High school in Parkland, Florida where 17 students and faculty members were gunned down