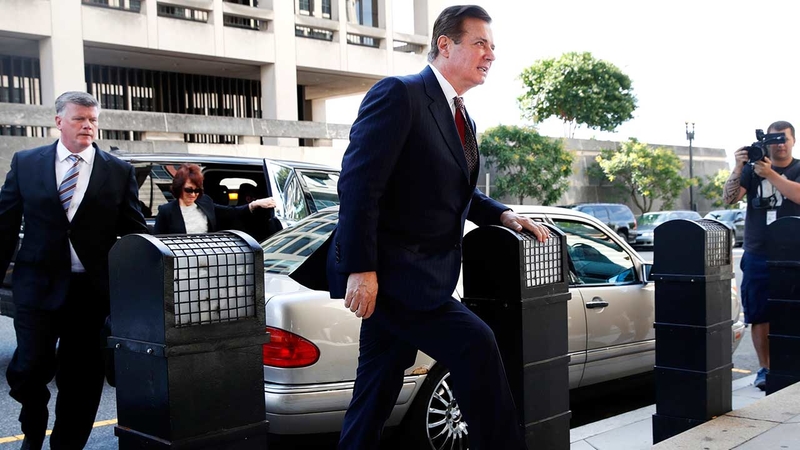 Manafort is the first Trump campaign official to be jailed as part of special counsel Robert Mueller's investigation. His attorneys have argued that Manafort didn't do anything wrong and accused prosecutors of conjuring a "sinister plot" out of "innocuous" contacts with witnesses.

Manafort will remain in jail while he awaits two trials in the next few months. He faces several felony charges related to his Ukrainian political work and money he funneled through offshore accounts.