One of the videos shows body-cam footage from officers who arrived at Pelosi's home on October 28, 2022, when he was attacked. The footage shows the chaos of the moment in which alleged assailant David DePape attacked the husband of former House Speaker Nancy Pelosi.

In the video, Paul Pelosi and DePape both appear to have a hand on the hammer and DePape is holding Pelosi's arm when the officers opened the door.

"Drop the hammer," the officer says.

TIMELINE: How the Paul Pelosi attack and investigation unfolded

DePape then grabbed the hammer out of Pelosi's hand and lunged toward him. The officers rushed into the home, subduing DePape and handcuffing him.

CNN has obtained the CD containing the files released by the court. In addition to the body-cam footage, the files include audio from police interviews with DePape, the 911 call Paul Pelosi made while DePape was in the home and home surveillance video, the court previously said.

The videos were exhibits in a preliminary court hearing. The court's decision mandating the public release of the materials came following a motion by a coalition of news organizations, including CNN, arguing that the circumstances involving the residence of the then-speaker of the House demanded transparency.

Lawyers for DePape argued against the public release of the audio and footage, writing it would "irreparably damage" his right to a fair trial. DePape has pleaded not guilty to a litany of state and federal crimes related to the attack, including assault and attempted murder.

Pelosi was violently attacked in October with a hammer at the couple's home by a male assailant who was searching for the then-House speaker, according to court documents -- a development that ultimately drove Nancy Pelosi's decision to step back from House Democratic leadership.

Court documents revealed DePape allegedly woke Paul Pelosi shortly after 2 a.m., carrying a large hammer and several white zip ties, and demanded: "Where's Nancy? Where's Nancy?" He then threatened to tie up Paul Pelosi and prevented him from escaping via elevator, according to the documents. DePape later allegedly told him, "I can take you out."

Paul Pelosi placed a 911 call after convincing the assailant to let him go to the bathroom, where his phone was charging, and he spoke cryptically to police.

Following the attack, Paul Pelosi underwent surgery "to repair a skull fracture and serious injuries to his right arm and hands," a spokesman for Nancy Pelosi said in a statement.

On Thursday, the Democratic congresswoman told reporters that her husband's recovery is "one day at a time."

"He's made some progress but it'll be about at least three more months, I think, until he'll be back to normal, but the prayers are very helpful," Pelosi said.

She told reporters Thursday that she had not seen video from the incident and does not know if she will.

"It would be a very hard thing to see an assault on my husband's life. But I don't know." 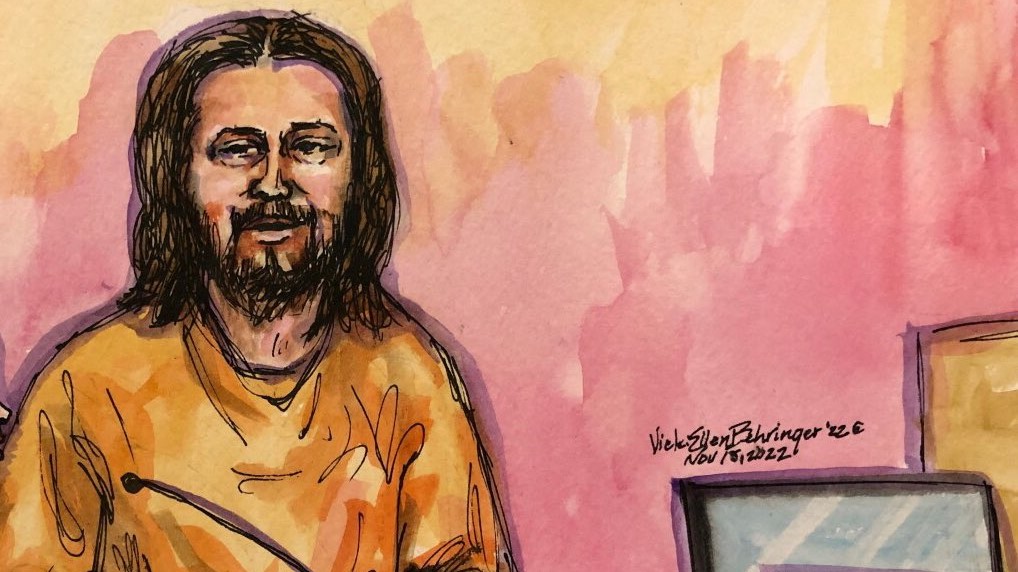