Governor Jerry Brown declared a State of Emergency for the area while 1,500 firefighters battle the flames on the ground.

The Pawnee Fire has destroyed dozens of buildings and is threatening hundreds of others near the community of Clearlake Oaks in Lake County.

Of the 1,500 people evacuated, only a handful of people are staying at the Red Cross shelter in Lower Lake. Unfortunately, the community has been hit with so many wildfires they know the drill and have figured out where to stay. Others are camping.

The fire had burned around 8,200 acres as of 7 a.m. Monday and there was 0 percent containment, fire officials said. The fire is being driven by low relative humidity, erratic winds and above normal temperatures, but fire officials said overnight humidity should be around 60 percent, which should help fire crews.


The blaze that started at 5:21 p.m. Saturday has destroyed 22 structures, damaged 4 others and threatens 600 more, fire officials said.

There have been no injuries to firefighters or civilians since the blaze started.

Fire departments from around the Bay Area, including Alameda County, Berkeley, Fremont, Hayward and Oakland, have sent crews to battle the blaze.

Evacuations have been ordered for the entire Spring Valley community, according to fire officials. An evacuation center has been setup at Lower Lake High School at 9430 Lake St., Lower Lake.

EVACUATION ORDERS AND RESOURCES
New evacuation orders have been issued for the Double Eagle Ranch area. Officials say there is "significant fire activity" threatening the area, so residents have been strongly advised to get out now. A shelter has been established at Lower Lake High School, 9430 Lake Street in Lower Lake. The shelter will accept large and companion animals.

Mandatory evacuations have been ordered for the entire Spring Valley subdivision of Clearlake Oaks, Cal Fire said. The latest evacuation information can be found here.

Some residents only escaped with the clothing on their backs. Luckily a family ABC7 News talked to was able to get their cat out of their home as well.

Officials are encouraging anyone in the area to conserve water so that firefighters can use it to fight the fast-growing blaze.

There are multiple road closures in and around the Spring Valley subdivision. More than 20 engines have been dispatched to contain the blaze, as well as two helicopters and several air tankers. The fire is being driven by low relative humidity, strong winds, Cal Fire said. 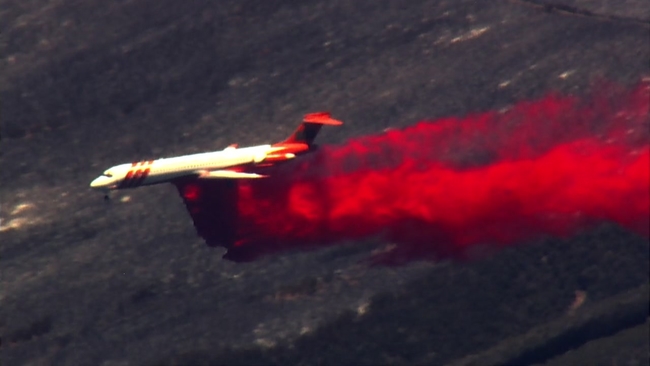 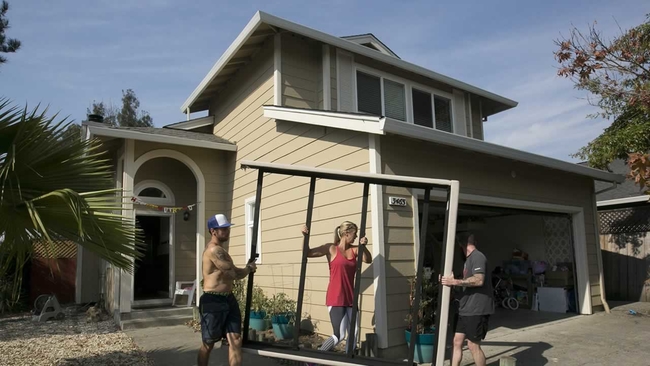 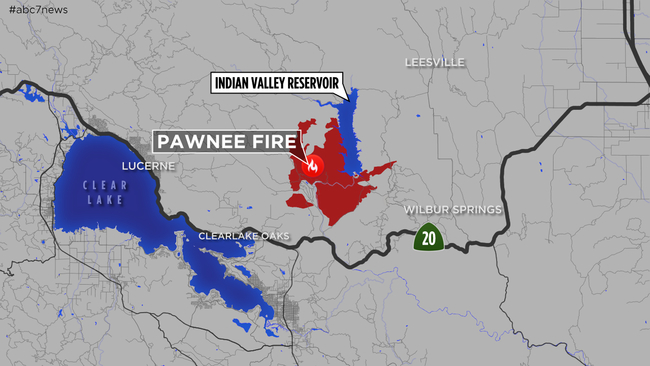