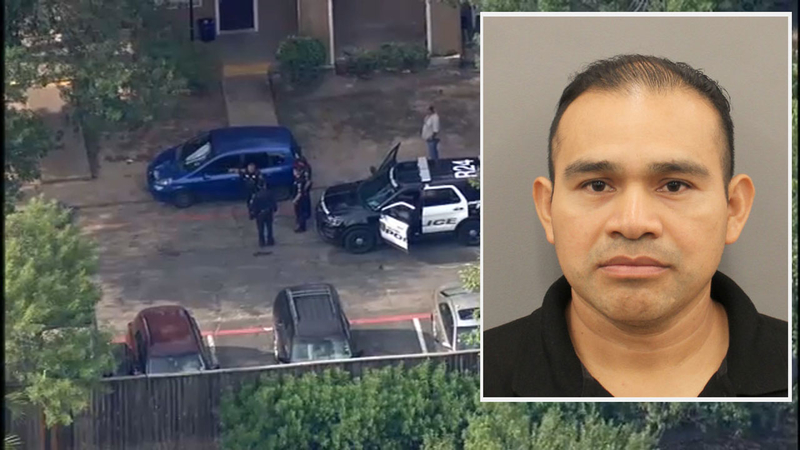 HOUSTON, Texas -- A father has been charged with criminally negligent homicide and endangering a child after he allegedly let his 12-year-old daughter drive his car that struck and killed a man and his dog.

Prosecutors say the father, Tomas Mejia, initially told investigators he was the one driving, but they soon learned it was actually his daughter behind the wheel.

There was also a 2-year-old in the backseat. The child was in a safety seat, but still prosecutors say it was extremely dangerous.

The crash happened at 6061 Beverly Hill Street at Fountain View around 4 p.m. Thursday.

Neighbors told Eyewitness News the victim, Enrique Vazquez, 47, was seen walking his dogs often. No one knows how or why the young girl was behind the wheel.

47-year-old Enrique Vazquez was struck and killed while walking his dog in a southwest Houston apartment complex.

Witnesses told us they even saw officers giving the 12-year-old a field sobriety test.

"They did her like she was drunk," one woman said. "We were wondering why they would do that test on her if she's just like a teenager. She's not supposed to be drunk or anything."

"That's the big question," a neighbor said. "I mean, for me, I would never allow my children behind the wheel of the car, especially not at that age. Very tragic for the gentleman and his dog to be hit and killed."