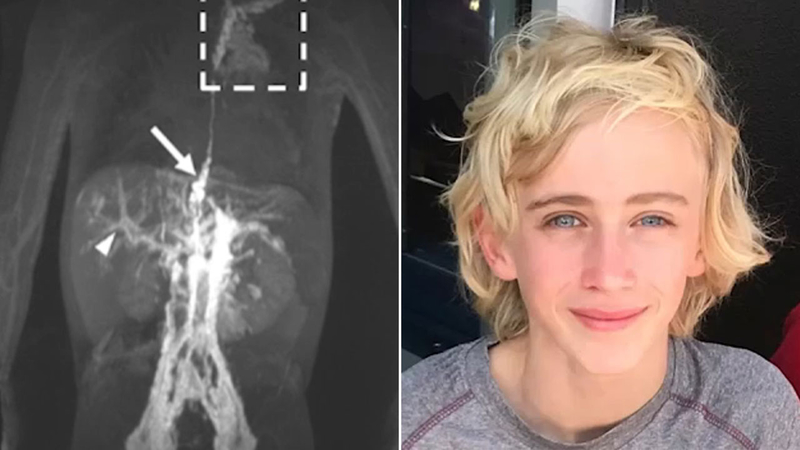 Doctors were faced with a huge challenge: how to treat a young patient with a rare genetic condition that was causing his lymphatic system to shut down.

When the lymphatic system doesn't work properly, the excess fluid in the body can be deadly.

Time was ticking, for 10-year-old Daniel and his doctors.

Daniel had been a healthy active boy, when his body began to swell. A massive overgrowth of his lymphatic system was overwhelming his major organs.

"He had such an overgrowth of the lymphatic vessels that he was leaking fluid into the pericardium, which is the membrane around the heart," said Dr. Hakon Hakonarson, the director of the Center for Applied Genomics at Children's Hospital of Philadelphia.

"His lung capacity was 23%. You know, barely compatible with life," Hakonarson said.

Doctors discovered the genetic culprit with a blood test and a simple DNA cheek swab.

The gene was out of control, meaning Daniel's lymph system was always in the "on" position, very similar to cancer cells growing out of control.

So, doctors tried a novel approach, and began to test anti-cancer medication on tiny, translucent zebrafish.

"The fish develop from a cell to a normal animal in five days," Christoph Seiler of the Research Core Director at CHOP explained.

"We put this cancer medication into the fish, you can't give them a pill or an injection, so you basically just put it into the water," said Hakonarson.

One melanoma drug called Trametinib stopped the mutation in its tracks.

His doctors then gave the drug to Daniel.