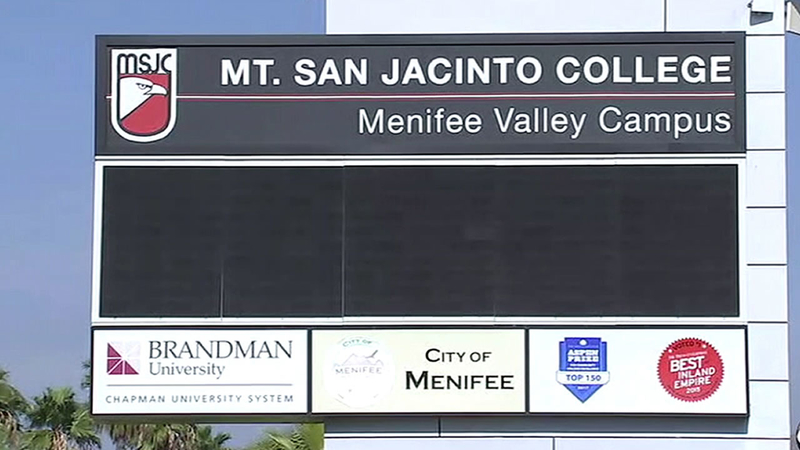 PERRIS, Calif. -- The eldest son of David and Louise Turpin, the couple accused of shackling and torturing their 13 children in their Perris home, attended a local community college under the watchful eye of his mother, prosecutors say.

That son was a student at Mt. San Jacinto College for six semesters and maintained a 3.93 grade-point-average, according to a transcript obtained by ABC News.

"Louise Turpin would accompany him, wait outside of the classroom for him," said Riverside County District Attorney Michael A. Hestrin. "When he was finished with class she would take him home."


In a statement, the college said it was aware that one of the Turpin children was previously enrolled there but declined to provide additional information about him, citing the Family Educational Rights and Privacy Act.

"We at Mt. San Jacinto College are deeply saddened and horrified to hear of the allegations involving these children," the statement said. "Our hearts go out to the victims. MSJC will follow this story and will provide appropriate support from our institution."

The Turpin children, aged 2 to 29, were rescued from what was described as nothing less than a torture chamber and will have years of therapy ahead, experts say, as they learn to live in a world that, until a week ago, they never really knew.

Outside the Perris home on Monday, a stream of well-wishers continued to leave balloons and notes of encouragement for the victims.

Meanwhile, a defense attorney for the Turpin parents stopped by to collect clothing for the defendants to wear at their court hearing on Wednesday. The lawyer said the district attorney's office was attempting to file a restraining order to prevent the husband and wife from contacting others who might be involved in the case.

VIDEO: Mom of 13 allegedly held captive in Perris home was 'perplexed' by arrival of deputies

Over the weekend, neighbors collected donations at a lemonade stand set up across the street from the Turpin home. The funds are expected to be placed in a trust that is being established for the 13 victims.

Asked why she wanted to participate in the lemonade stand fundraiser, young Delilah Simon said: "Because I feel bad for the kids."