This comes after the National Park Service announced 152 elk in a fenced preserve died in 2020 because of overpopulation and drought conditions.
KGO 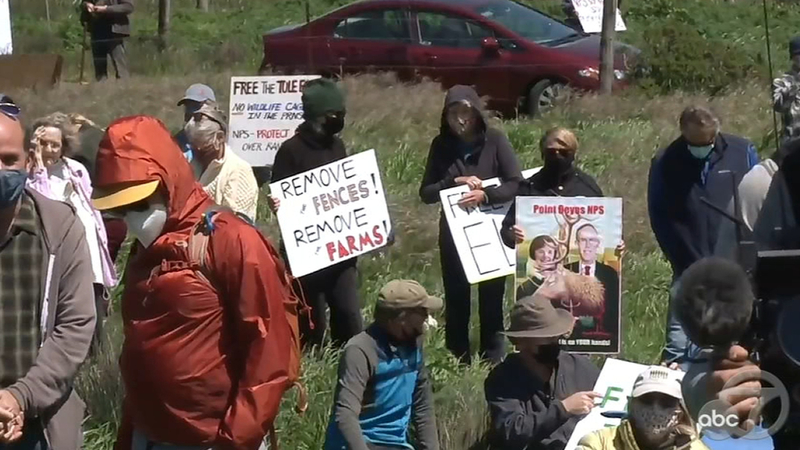 Last week, the National Park Service announced 152 elk in a fenced preserve died in 2020 because of overpopulation and drought conditions.

The drought has reduced the amount of water in the area, leading to limited access and malnutrition.

Advocates blame the park service, saying they mismanaged the situation and blocked their attempts to help.

The same dry conditions that are driving wildfires across Northern California are putting a special California species, the Tule Elk, at risk.

They are demanding that the fence be removed.

"This population, which has been here since 1978, for the last 25 years has been going up and down, up and down," Melanie Gunn from Point Reyes National Seashore said.

This herd is considered the largest remaining population of their species in the world.