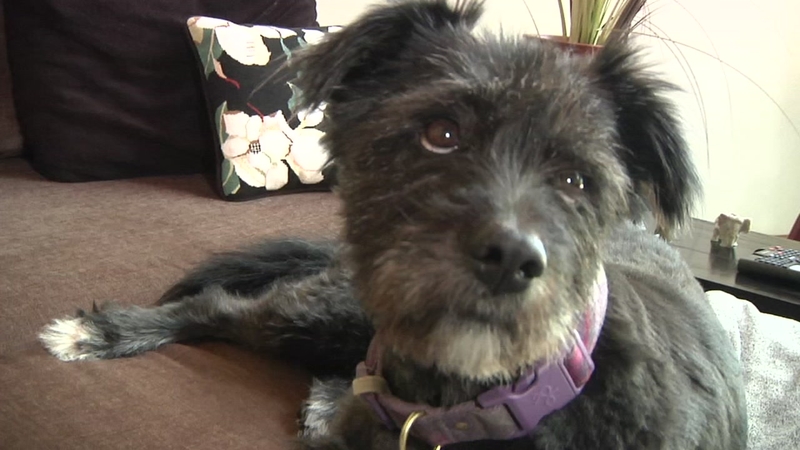 SAN RAFAEL, Calif. (KGO) -- A San Rafael wildlife biologist, heading for Africa to help protect endangered animals, left her dog in the care of a pet sitter she found online.

Three weeks later, the dog owner says, she returned home to find her house trashed, and her dog traumatized.

"It was a horrific experience for both me and my dog,'' Sue Orloff said. "I felt violated, and I lost trust in people."

When her regular pet sitter got a new job, Orloff went to the online pet-care service WAG to find another sitter for her 5-year-old rescue mutt Moxie. WAG recommended several sitters, but Orloff chose a young college student who promised she'd stay with Moxie around the clock.

"I hired a young woman who promised she would not leave my dog along for more than a couple of hours,'' Orloff said. "She said she had finals and would be at the house studying."

Orloff left a detailed list of instructions, then left for a three-week safari to South Africa. She was there to help fundraise for threatened species as president of San Rafael-based Biologists Without Borders.

The irony did not escape her-as her own dog was in a bit of danger back in San Rafael.

"I came home and the house was in a shambles,'' Orloff said. "The sitter was nowhere around. I never saw her again. Moxie was really happy to see me."

She says she found puddles of dog urine around the house. Parts of her furniture were shredded, carpets gouged, kitchen floor scratched and a large water stain ruined a wooden table.

But the most disturbing discovery was a series of large claw marks at the bottom of her bedroom door. Moxie's claws.

"She obviously was locked in my bedroom so she couldn't get out,'' Orloff said, stroking Moxie as she slept on a hassock. "Who knows how long she was locked in there? It was heartbreaking to know she went through this stress."

"I guess she figured this was a good party house,'' Orloff said.

RELATED: 7 On Your Side: Last-minute dog sitting services

Repairs to the house cost roughly $18,000, Orloff said. WAG and its insurance company did agree to cover about $13,000, but not the rest. Orloff contacted 7 On Your Side. We reached out to WAG, and a spokesperson there told 7 On Your Side that the company and insurance agency agreed to cover the full cost after all. WAG said the pet sitter also has been suspended from the platform.

WAG tells us pet walkers and sitters on its platform undergo a rigorous vetting process including background checks and testing to ensure solid knowledge of how to care for pets. A statement said:

"We deeply regret that Ms. Orloff had this experience. Our team worked directly with Ms. Orloff and our insurance company, AIG. Following an investigation, AIG and Wag! have determined that Ms. Orloff's claim will be paid in full. We take this incident extremely seriously - and the pet care provider, who is an independent contractor, has been suspended from providing services on the Wag! platform.

Safety is a company-wide priority. Every walker must pass a robust vetting process and a thorough background check to join the Wag! platform. Our screenings include an application and verification process, as well as a background check that includes a Social Security number trace, a facial recognition check against all official documents provided, a document check, a national criminal check, a county criminal check, a sex offender check, and a global watch list check. Every applicant must pass an online test covering dog safety, equipment, and handling knowledge before we allow them on the Wag! platform to care for your dog.

Every walk on the platform is insured and backed by the full support of our Trust and Safety team, which means in the extremely rare case of an incident we will work directly with the pet parent and the appropriate parties."