Residents complain of too many dogs on one San Francisco street

KGO
By Dion Lim
SAN FRANCISCO (KGO) -- When it comes to complaints about dogs in San Francisco, oftentimes they surround the issue of owners not picking up the animal's waste. But in Haight Ashbury, there's another complaint on the rise pertaining to dogs for a whole other reason. Along many parts of Haight Street in the famous neighborhood, there's a doggy dilemma. One that has some people, as ABC7 News witnessed, running as fast as they can to get away.

"Most of these people love their dogs so they're not trying to get in the way or anything." Says one dog owner.

But they are getting in the way. According to District 5 supervisor Vallie Brown there's been an uptick in complaint calls about too many animals on the sidewalks and their owners.

While ABC7 News was shooting our story along one section of Haight Street, our crew was accosted by about a dozen homeless men and women who threatened to use violence if our cameras did not leave. While this may not be something experienced by the everyday pedestrian, it does illustrate the potential intimidation of having groups of dogs and their homeless owners in the streets.

"I have no tolerance for that. I'll be talking to the chief and capitan about that."

Supervisor Brown says this is precisely the reason why residents and visitors who encounter issues with dogs and the homeless make complaints directly to the police. Brown says she's been asking for more patrols in the area for years but unless citizens file police reports, her hands are tied.

Haight resident Erica Karner says she's a dog lover and doesn't have an issue with dogs on the streets.

"I'm a dog love and respect the fact that people who, maybe don't have a home have friends who are four-legged...I can understand people want to make sure the streets are clean, but you know it's just one of those things that any little act of kindness for our four-legged friends...it's what the world needs right now." Smiles Karner.

Brown attributed the increase in complaints to the city on the warm fall season when transients to nearby parks make San Francisco their home. She acknowledges, while the problems don't solely pertain to dogs belonging to the homeless, they do make up a majority of the dogs that block the streets.

"If you have an 8-foot long leash, they can completely take over the sidewalk. Especially for the elderly and handicapped community they have a hard time getting around."

It's something even the homeless themselves like Jordan Wilson admit is a problem.

"Of course there are problems, but I would say there really is no solution, it's just the way of the world."
Report a correction or typo
Related topics:
pets & animalssan franciscodogshomelesssocietypetsdoganimalssan francisco county
Copyright © 2020 KGO-TV. All Rights Reserved.
DOGS 'It's a Dog's Life' tells real-life pooch tales on Disney+ 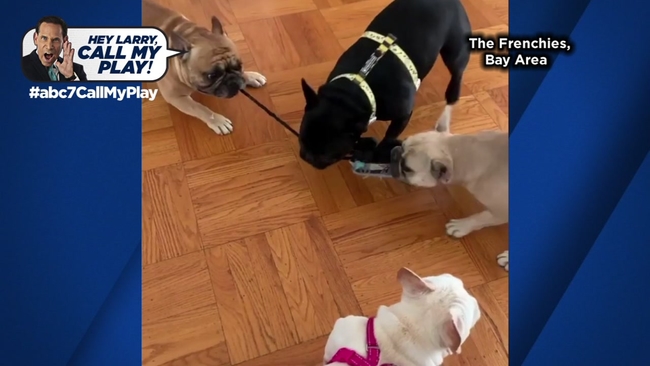 Hey Larry, Call My Play! It's a 3-way Frenchie tug-of-war 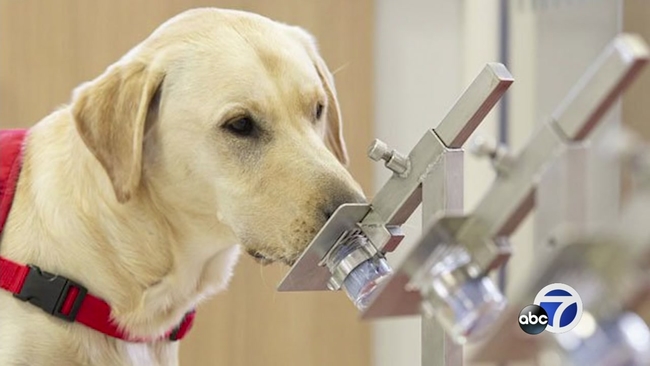