KGO
By Wayne Freedman
SAN ANSELMO, Calif. (KGO) -- Coyote concerns have reached a new level in Marin County as the animals are being blamed for attacking some pets.


#Marin County residents demand action after what they perceive to be an uptick in Coyote sightings and attacks. Stewart Barbee says coyotes snatched his cat named Asia from his deck. #abc7now pic.twitter.com/efFcA7ywqD

"When I was sick he would lay by my side and when he cried he would lick my tears," Lydecker said.

She has home surveillance video showing the routine morning, two weeks ago, when she let Cairo outside, just before two Coyotes moved in on him.

"I did not see them take him in the video, but you hear it," Lydecker said.

Such incidents are becoming fairly common in a community where humans and coyotes share the same territory. Stewart Barbee lost his cat, Asia. "She was taken off the front porch. Coyote came through like a freight train. Gone."

Home security video shows a mountain lion walking in the backyard and driveway of a home in San Mateo.

Hence a movement by some Marin County residents who want the county to keep the coyotes away.

The Marin Humane Society and @ProjectCoyote say humans are as responsible for these attacks against pets as the coyotes. We need to learn to live in harmony with nature, they say. Don't attack coyotes...but don't be friendly, either. #abc7now pic.twitter.com/R3WKMauA2w

"This is wrong," said Peter Hensel of Corte Madera. "We should not have coyote dens in communities. They take their prey and have lost their fear of people."

According to MarinHumane.org, that is as much the humans' fault as the coyotes."We should not be vilifying and persecuting animals that are native to Marin," said Camilla Fox, who runs ProjectCoyote.org.

"Don't leave food out," said Cindy Machado of the Marin Humane Society. If you encounter a coyote, "Haze them by screaming, clapping loudly, a super-soaker from kids works great. But do not physically attack them."

In a word, experts tell us to adjust and keep your beloved pets in sight. 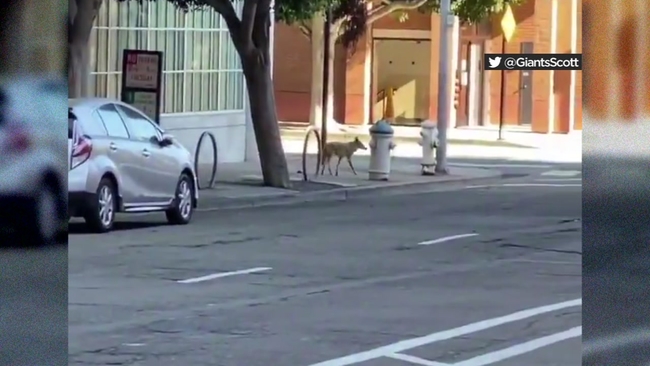 Video captures coyote going for a stroll in SF 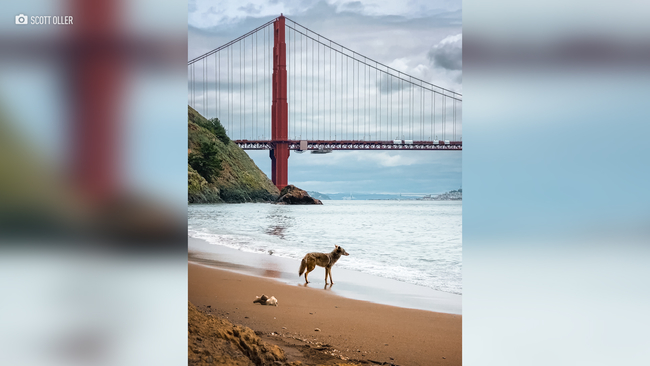