KGO
By Eric Thomas
VACAVILLE, Calif. (KGO) -- A Solano County facility known for caring for abused chickens and other animals has shut its doors and is now looking for a new location in the Bay Area. There's only one problem -- money.

The only sound here is silence. The only occupants -- the ground squirrels who've taken over the suddenly empty acreage.

Jessica Miller with Animal Place said, " I've only ever seen this place full of life....yeah, it's sad."

The original Rescue Ranch - run by The Animal Place organization - covered 60 acres nestled into some cattle ranches in rural Vacaville, inaccessible to the public.

In the past, thousands of chickens -- rescued from inhumane conditions on egg farms across the state -- would be brought here. Thousands at a time.

"You open their crates and they come running out, and immediately start dust-bathing, spreading their wings and just being chickens," Miller said.

This is what greets you now at The Animal Place rescue center in Vacaville. We'll explain why on ABC7 News at five. pic.twitter.com/DOqlp3mNSd

Unfortunately, their success became their downfall. Local zoning regulations forbid having more than 100 animals at a time out here. The remaining animals were sent to a larger, 600-acre location near Grass Valley. But they still want a second facility to carry out their primary mission, which is to, "Socialize them, rehabilitate them and adopt them out to loving homes," according to Miller.

They're looking for a new location closer to the Bay Area. They've checked out a couple of sites, including one near Petaluma that would not only let them care for more animals, but would allow them to have visitors, unlike the old facility.

"So we're trying to raise money, you know, we're a nonprofit and we depend on the public support. Right now, we need the support of our community like never before," Miller says.

They hope the sale of their Vacaville property will bring in close to $1.3 million, but they still need about about $150,000 to purchase a new site.

If you'd like to make a donation, visit this page.

The pens and coops and fields all empty at The Animal Place in Vacaville - which has been forced to move its animal rescue operation. Why on ABC7 News at five. pic.twitter.com/Z4aXw9JGel 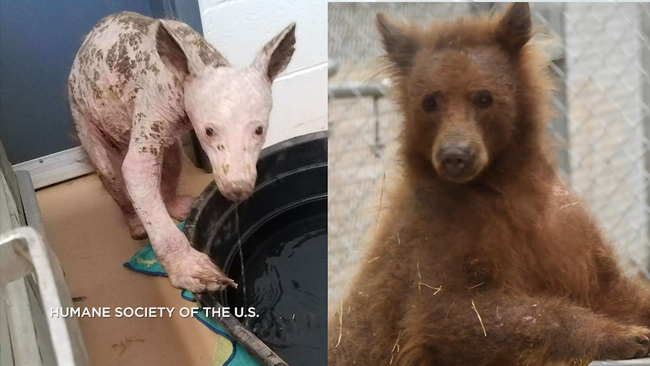