Then, when salmon return and run against the waters, they bring nutrients back up.

Salmon and Steelhead trout have made Lagunitas Creek in Marin County a special place this year for visitors like Cathryn Reagan from San Francisco.

"We need good news, these days," she said.

RELATED: Bringing Coho Salmon back to Lagunitas Creek with bulldozers

Now, we have it. According to a count by the Marin Municipal Water District, 350 pairs of Coho salmon dug nests and mated this year. That's roughly 700 fish in all.

That is the best return in twelve years, said aquatic ecologist Eric Ettlinger.

This year's numbers do not guarantee a big return three years from now, but they stir hopes.

Luckily, the young fish will have help thanks to $1.7 million project at Turtle Island Restoration Network.

Using state, federal, and private funds, they have reconstructed a flood plain with still waters where the young fish can seek refuge. Preston Brown helped design it.

"There could be dozens or even hundreds of fish in there, now," he said. They are not visible during the day, usually taking cover among native plants placed inside the habitat.

Of those, maybe two percent will make it to sea, survive, and return. That's a pretty good number, especially during an even better winter.
Report a correction or typo
Related topics:
pets & animalswild animalssalmonanimal newsfishcalifornia department of fish and wildlifeconservationmarin county
Copyright © 2021 KGO-TV. All Rights Reserved.
RELATED 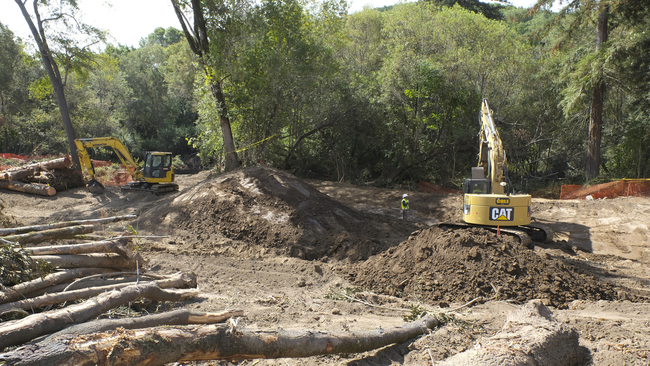 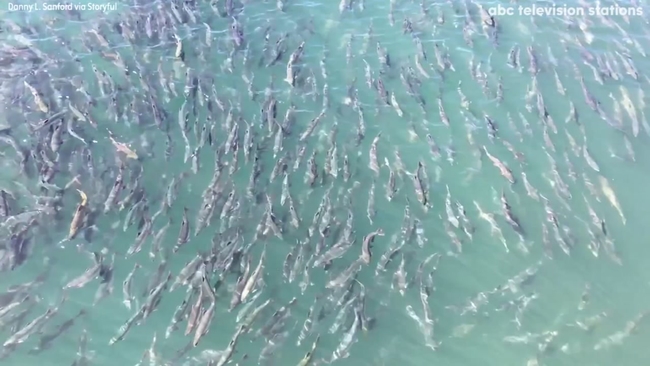