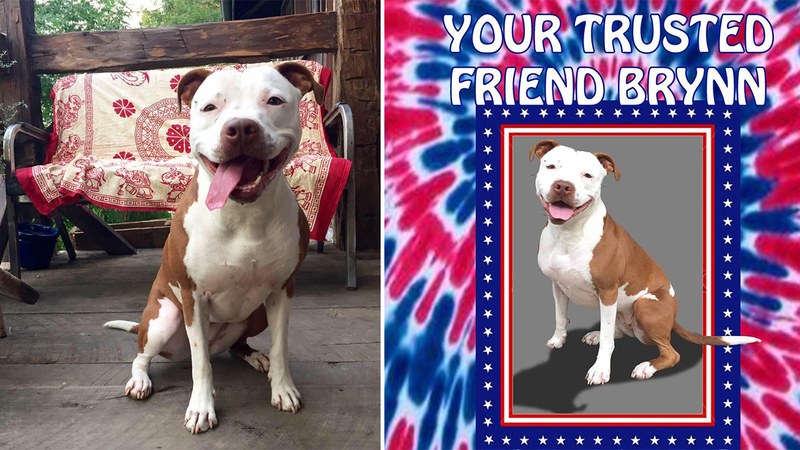 Brynneth Pawltro is truly a mayor of the people (and the dogs).

In January, the 3-year-old rescue pit bull was elected mayor of Rabbit Hash, Kentucky, successfully running on the platform of "peace, love and understanding." Brynneth won by over 3,300 votes, with each vote being "equivalent to one US dollar," one of the dog's representatives told ABC. Brynneth is the fourth dog elected mayor since the town began electing animal mayors in the 1990s.

Working in politics hasn't been a lazy day at the park for Brynn with the pit bull accomplishing a lot since winning the election. "She has managed to continue to raise money for the Rabbit Hash historical society to help maintain the historical correctness of Rabbit Hash, give proceeds from her campaign back to local animal rescues, and will be continuing to raise money for local charities in the area," the representative told ABC.

The dog isn't just making important decisions for the town on her own. "Brynn has two fellow ambassadors that help her in times when her schedule may conflict, they are two dogs Bourbon, an Australian Shepard, and Lady Stone, a border collie."

Brynn's representative told ABC that residents of Rabbit Hash are enthusiastic about their new mayor, and that she hopes the dog can form strong ties with other animal politicians.