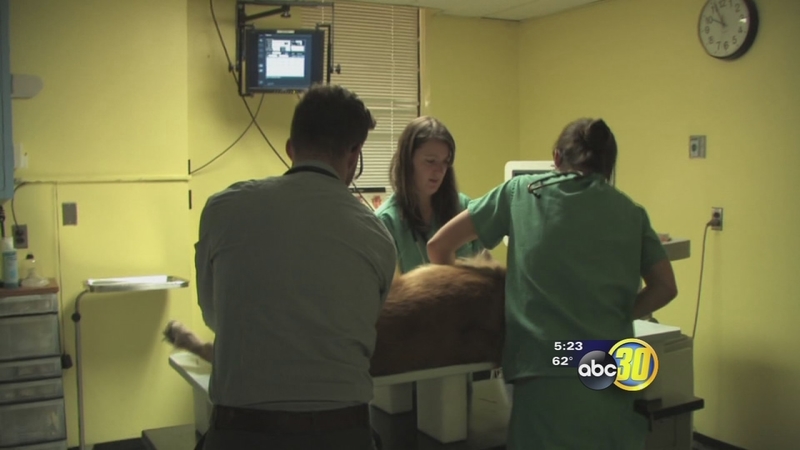 PHILADELPHIA. -- As every dog owner knows, they're a part of the family, so when one gets cancer - it's heartbreaking. But an experimental drug is helping them live longer...and it may be good news for children with cancer as well.

Ten-year-old Harley doesn't move as fast as he did before he got osteosarcoma - a painful, cancerous tumor that grows in the bones.
Kathy Fatscher, Harley's owner told Ivanhoe, "It's just amazing to me what he's been through and that he's still our Harley."

Dogs with osteosarcoma usually only have five months to live, but it hasn't claimed Harley yet, thanks to a new vaccine.

Nicola Mason, PhD, Associate Professor of Medicine at the University of Pennsylvania told Ivanhoe, "The fact that these dogs are living two, three, four, five times longer than the length they were expected to live is remarkable."

What's even more exciting to doctors at Penn Vet is the logical next step, since these treatments work for dogs with cancer. "Then we will be successful at preventing metastatic disease in children, and that is an amazing, amazing thing," Mason exclaimed.

Because dogs and humans share so many biological similarities, researchers think the vaccine that helped Harley might also help a child with the same cancer. They're developing a protocol for a clinical trial to present to the FDA.

Bob Fatscher, also Harley's owner told Ivanhoe, "You're going to be putting the TV on someday and there's going to be some little kid standing there saying 'You know I'm still alive because of Harley.'"
Kathy said, "If it can help a child and my Harley, was part of it, that's just amazing to me."

Harley's owners are savoring every minute they have with him but they hope his legacy lives on by eventually giving a child a fighting chance at life.

Researchers hope the FDA will allow the clinical trials for children to start by the end of 2016.