KGO
By by Melanie Woodrow
MARTINEZ, Calif. (KGO) -- An adorable Australian shepherd is recovering at Contra Costa County Animal Services after what appears to be abuse or neglect. Someone may have thrown the dog from an overpass.

If this sweet girl has a name, no one at the Contra Costa County Animal Services knows it. 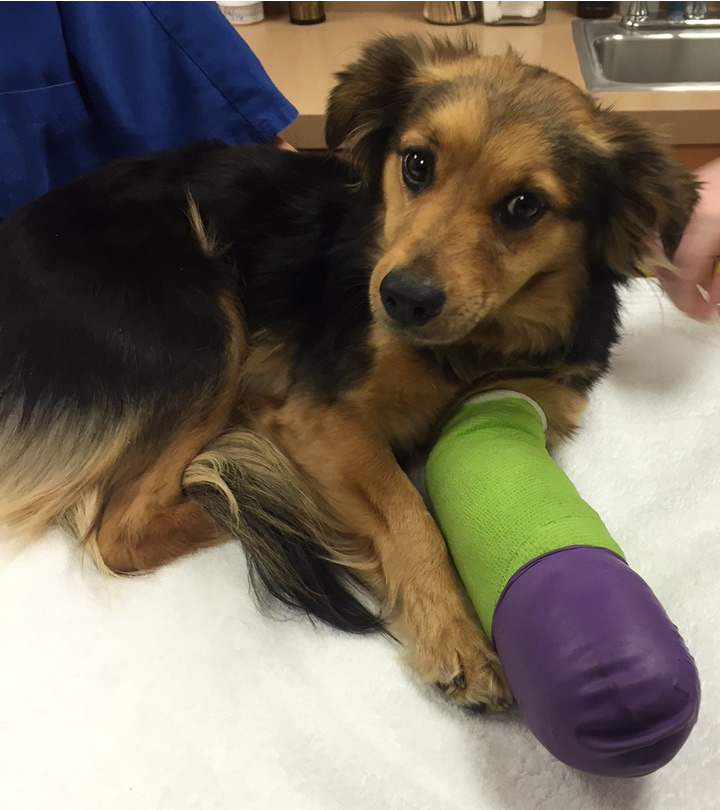 "We're just referring to her as the Aussie Shepherd, or the dog," said Steve Burdo, community and media relations coordinator with Contra Costa Animal Services.

Contra Costa County Animal Services says the one-year-old either jumped from the Highway 4 overpass, or someone threw her.

On Saturday afternoon Leslie Ochoa was driving by. "We saw this dog trying to run across lanes," she said. Ochoa says several drivers stopped. "It was apparent that the dog had injuries."

Including what was later discovered to be a fractured femur and dislocated wrist. "She did shed some tears," Ochoa said. Ochoa and her daughter brought her to East Bay Veterinary Emergency.

"After finding out the story and her possibly being thrown off that overpass, it disgusted me," Marissa Ochoa said. The dog is now at Contra Costa County Animal Services.

"Most animal lovers or animal owners would be remarkably shocked to hear that these things happen," Burdo said.

"It felt like this was something that happened right in front of me and there was a reason for it," Leslie Ochoa said.

A new home and a name aren't far off. "I'm thinking Gracie because she was so gracious towards us," Leslie Ochoa said.

There's a hold on the dog until Friday, as long as nobody claims her before then she'll be ready for adoption. The woman who found her will have the first chance to potentially take her home. She says she wants to and as long as she can raise enough money to cover the dogs medical bills, she will. 'Largest shark fin seizure ever:' $1M worth of product found at US airport
Calls for oversight as dog trainers accused of neglect, services not rendered
More Videos
From CNN Newsource affiliates
TOP STORIES