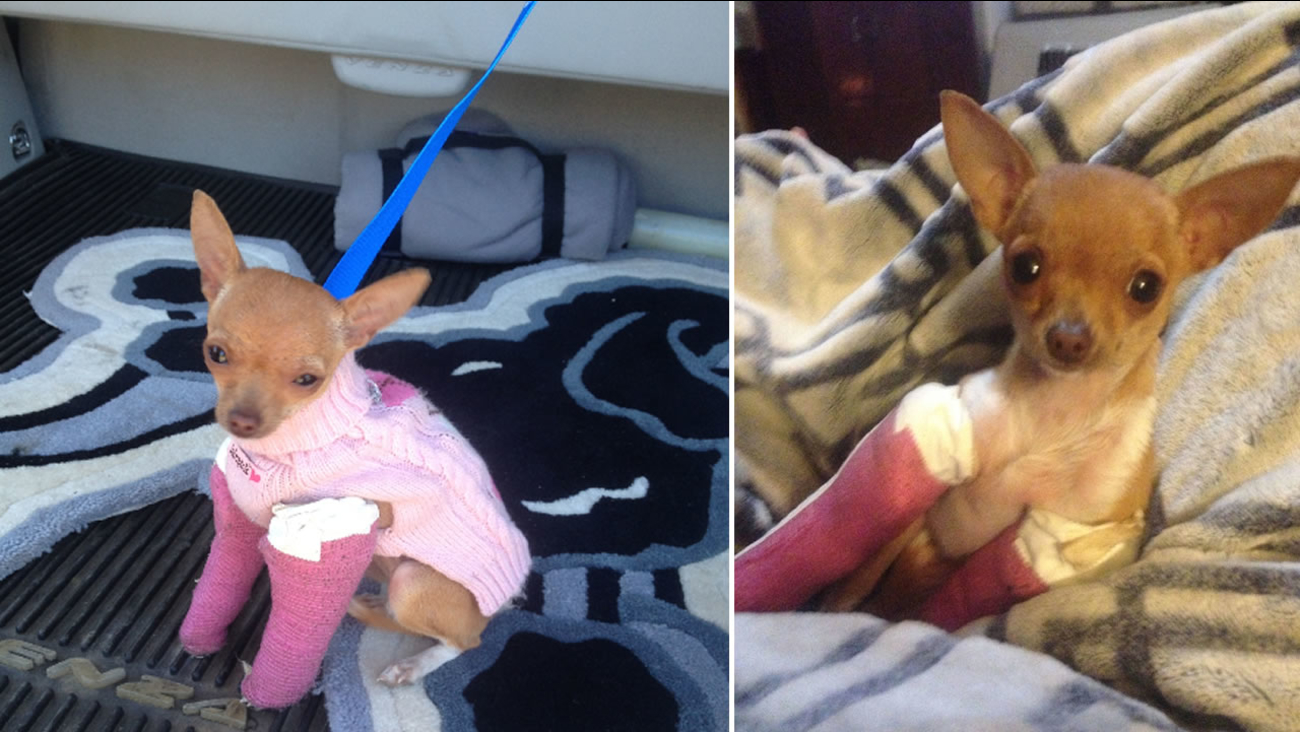 This undated photo shows injured Chihuahua that was rescued from a dumpster in Santa Rosa, Calif. on Oct. 27, 2015 and is recovering at Sonoma County Animal Services. (KGO-TV)

Darla did not have identification tags or an electronic chip, and investigators still do not know who put her in the trash bin.

Darla went into cardio-respiratory arrest shortly after the surgery was completed. Vets started CPR and restored the puppy's heart and lungs, but her cortical brain function never returned, Famini said.

After Darla's vital signs appeared to stabilize, she was placed under intensive care and passed away without waking up a few hours later, Famini said.


"I, along with everyone who has been involved with Darla, are truly heartbroken at her outcome," Famini said in a Facebook post on Santa Rosa Junior College's account. "At the same time, I am sincerely grateful for everyone who provided Darla with these last two weeks of comfort and love."
Related topics:
santa rosaanimal abusebuzzworthyanimaldogadoptionsurgerysonoma county
Copyright 2020 by Bay City News, Inc. Republication, re-transmission or reuse without the express written consent of Bay City News, Inc. Is prohibited.
RELATED 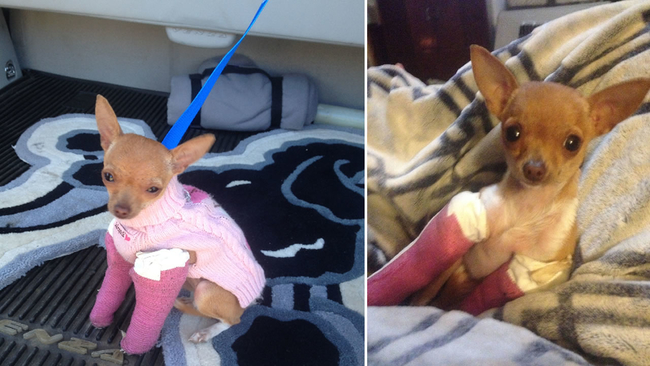