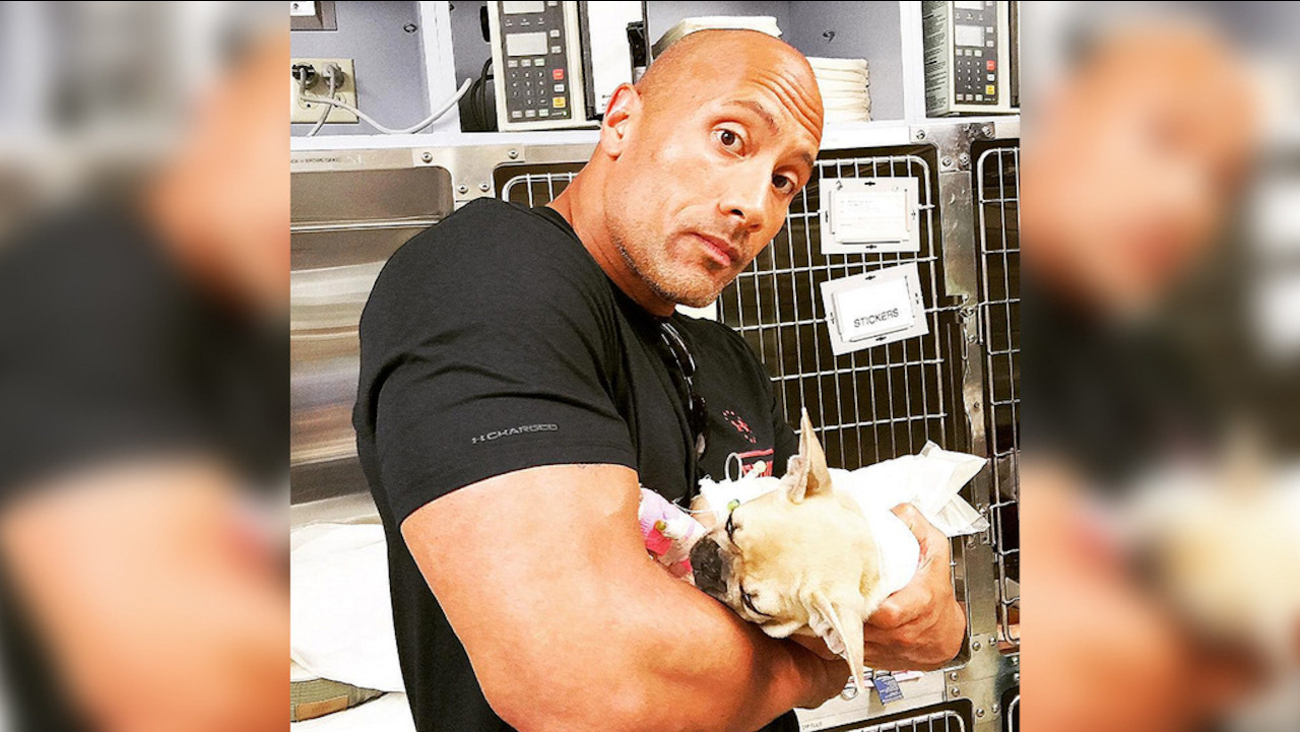 Dwayne 'The Rock' Johnson said goodbye after his dog, Brutus, passed away after eating a toxic mushroom. (Instagram/therock)

Less than a month after Dwayne "The Rock" Johnson rescued his dog Brutus from drowning, Brutus ran into more trouble when he ate a bad mushroom. Sadly this time French bulldog puppy could not be saved.

Johnson posted a moving tribute to Brutus on Instagram, remembering the dog and saying he wished he could have saved it one more time.

The actor explained Brutus had to be put down after he got very sick from eating a toxic mushroom. He said the decision was painful but they wanted to put him out of his suffering after his liver was damaged beyond repair.

"I held his lil' paw as he was finally at peace," he wrote.

Johnson encouraged other pet owners to "be mindful" that mushrooms can be dangerous for dogs. If your dog eats a wild mushroom, contact your veterinarian immediately.

Brutus had his share of good times. Johnson often posted on social media about his love of Brutus and brother Hobbs, like when he showed that Brutus took his time using the bathroom, despite his owner's busy schedule.

The actor had saved the dog earlier this month when he tried to go swimming in a pool with Hobbs but started to sink. Johnson laughed about it afterwards, saying he had learned that not all dogs can swim. This occasion, though, was more somber.

"Another reminder we have to live and love as greatly as we can today," he wrote, "because tomorrow is never guaranteed."
Related topics:
celebritydogu.s. & worldinstagram
Copyright © 2020 KGO-TV. All Rights Reserved.
RELATED 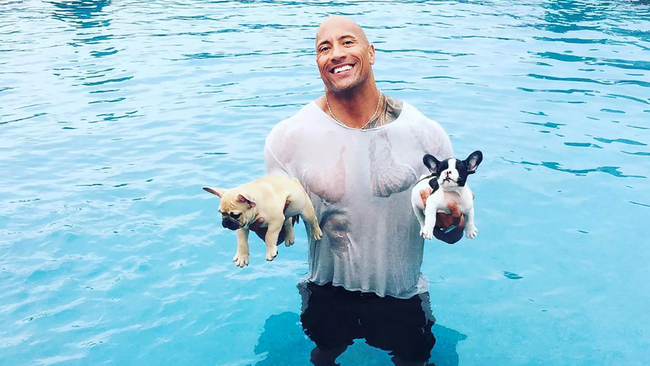