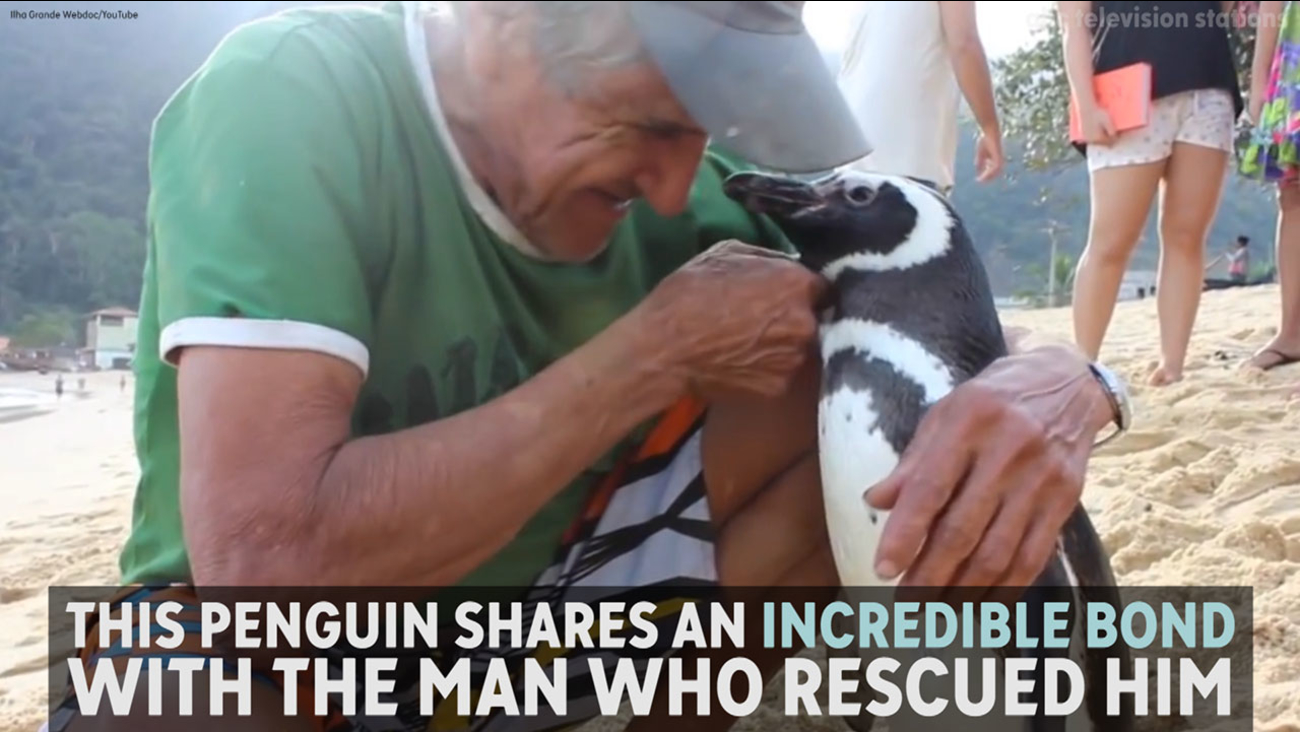 This story demonstrates how loyalty and friendship can span across species.

Every year, Joao Pereira de Souza, a retired bricklayer in Brazil, is visited by a penguin with whom he shares a special bond. In 2011, Pereira de Souza discovered the Magellanic penguin, covered in oil and barely able to move, on the island of Ilha Grande. He nursed the penguin back to health, naming him Dindim (or Din Din).

Dindim stayed with his new friend for nearly a year, Pereira de Souza told Ilha Grande Webdoc. The two developed a bond and the penguin even learned to make a noise that, to his rescuer, sounds just like "Joao."

When the penguin left, everyone said he would never come back, but Pereira de Souza said he wasn't so sure.

"I've never seen an animal this intelligent who understands things how he does," he said.

Months later, Dindim returned to visit his rescuer, and he comes back around the same time every year. Pereira de Souza said he returns the favor in his dreams by visiting the penguin with his family, and he wishes he could make the trip in reality.

"I don't know how to swim like you," Pereira de Souza said he told Dindim. "If I knew I would go."

The penguin could travel as much as a couple thousand miles to visit his friend, as most Magellanic penguins migrate to Brazil from Argentina, according to the Encyclopedia of Earth. In the special case of Dindim, however, it's unclear whether he makes that trip or if he travels far at all, according to Joao Paulo Krajewski, a biologist who interviewed Pereira de Souza.