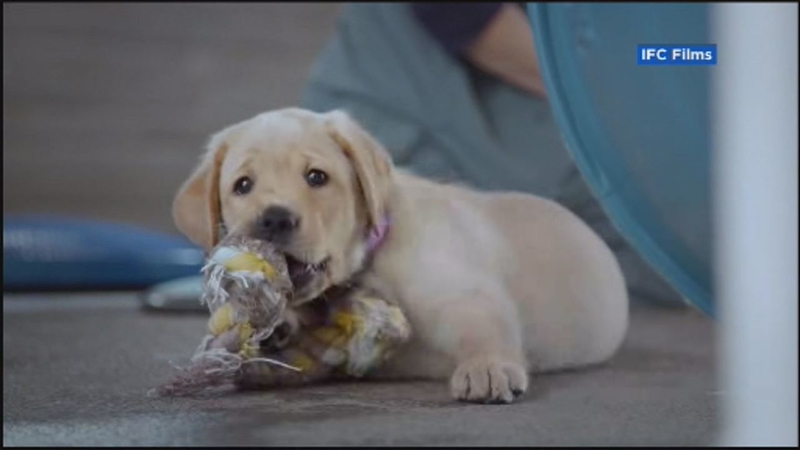 SAN FRANCISCO (KGO) -- Remember the two Bay Area filmmakers from the 2015 hit documentary "Batkid Begins?" They're back with a new film about what it takes to be a guide dog.

It's called "Pick of the Litter". It's set to debut in the Bay Area on Wednesday after getting rave reviews around the country.

The new documentary follows a litter of puppies from the moment they're born and begin their quest to become guide dogs.

The five black-and-tan labs named Patriot, Potomac, Primrose, Poppet and Phil were born in San Rafael on the campus of Guide Dogs for the Blind.

The documentary by Dana Nachman and Don Hardy has been leaving audiences with smiles and tears of joy at film festivals all over the country. So far it has received 100 percent from critics and viewers on Rotten Tomatoes.