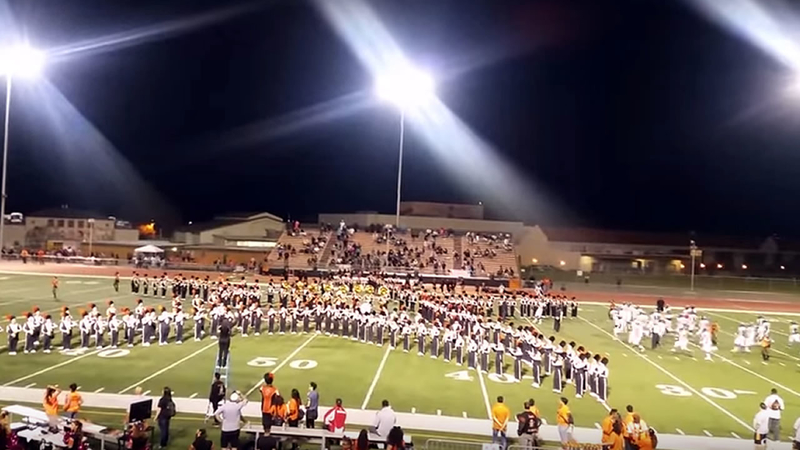 Pittsburg High School parent Russell Crofutt says his stepdaughter is among the band members who were roughed up. He said, "She had a swollen ankle about the size of a softball, so she spent most of the weekend icing it down and taking it easy."

Pittsburg parents say the confrontation was on the football field, where they say Deer Valley refused to get out of the way during the marching band's pre-game national anthem performance. But there was apparently tension even before both sides went on the field. Parents are claiming Deer Valley players pushed and shoved band members who were lining up in the parking lot.

"There were reeds that were broken, mouthpieces, so yes, I believe there was contact," Pittsburg High School principal Todd Whitmire said.

Deer Valley's superintendent says the situation was regrettable, but it's too soon to cast any blame. He says Deer Valley players were confused, mainly as to why their warm-up time was being cut short. Deer Valley parents, meanwhile, say their children should be given the benefit of the doubt.

Deer Valley parent Cornell Threatt said, "I'm really hurt. The accusations and the talk of Deer Valley being thugs and not honoring the national anthem."