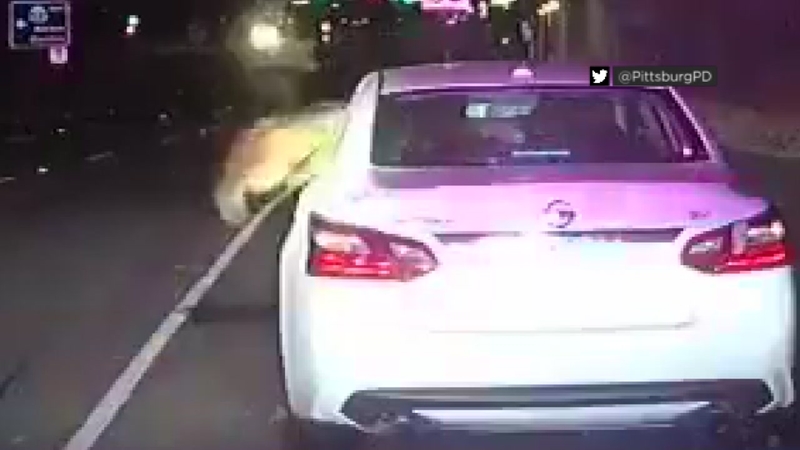 PITTSBURG, Calif. (KGO) -- A Pittsburg Police K-9 showed off its skills Tuesday night and the incredible feat was all caught on dashcam video.

According to a police department tweet, it happened after police stopped a reported stolen car.

The dashcam video picks up with the driver and passenger sitting in the stopped car. You can see officers deploy K-9 "Yoke," who runs up to the car and without hesitation leaps inside the car through the open driver's window.

In the video, the dog can be seen moving around inside the car for 10 seconds before jumping back out the window with something in its mouth.

It then waits patiently by the car while an officer approaches with his gun drawn.

The Department's tweet says that the driver and passenger complied with officers' commands and ended up surrendering.

No word yet on if they face any charges.

#pittsburgpolicek9association
Last night #pittsburgpd stopped a reported #stolenvehicle that was passing through our city. K9 Yoke showed off, and made a nice leap through the open window. In this situation, the driver and passenger complied with Officers commands & surrendered. pic.twitter.com/82ZY8H6qRX