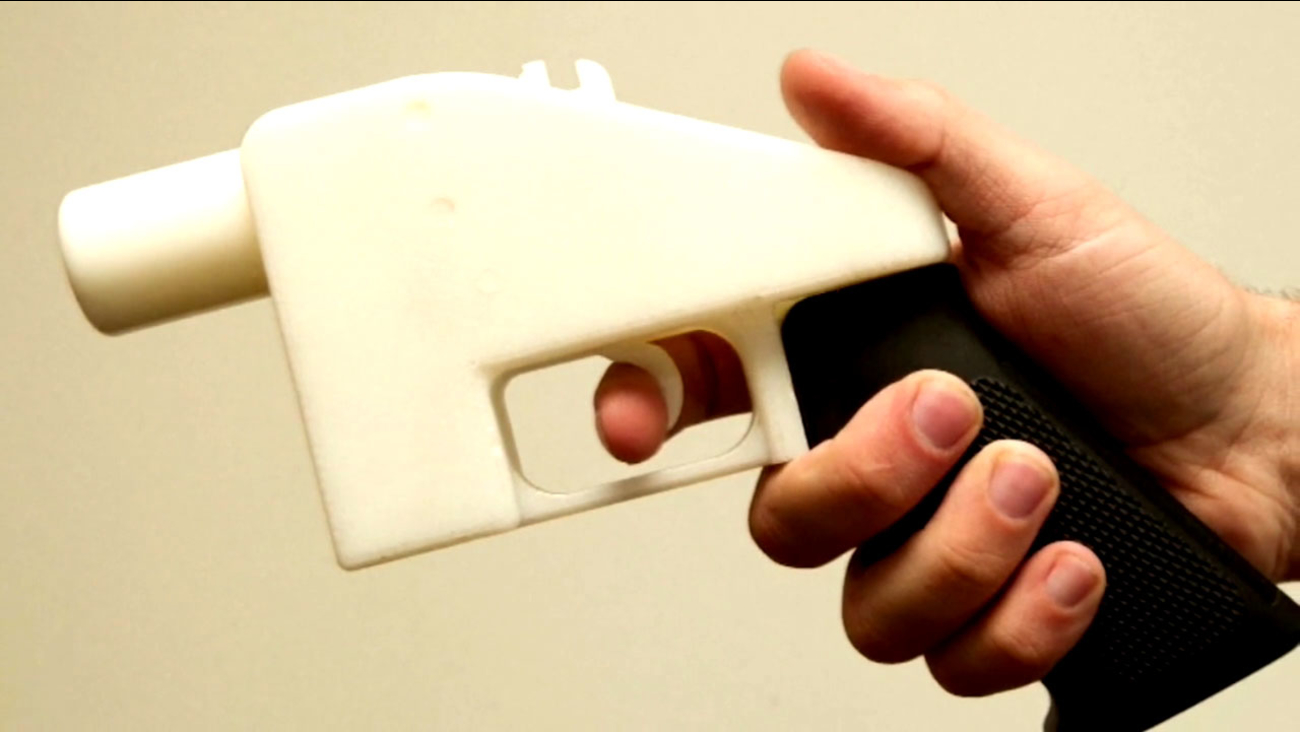 A gun made with a 3-D printer is shown in this undated file image.

California is joining eight other states and the District of Columbia in a lawsuit to stop the release of blueprints to make 3-D printed plastic guns.

State Attorney General Xavier Becerra blames President Donald Trump for a government settlement that would have allowed the plans to be posted online.

A federal judge has issued a temporary restraining order to block the settlement.

RELATED: How 3-D printed guns are made and the growing security concerns they present