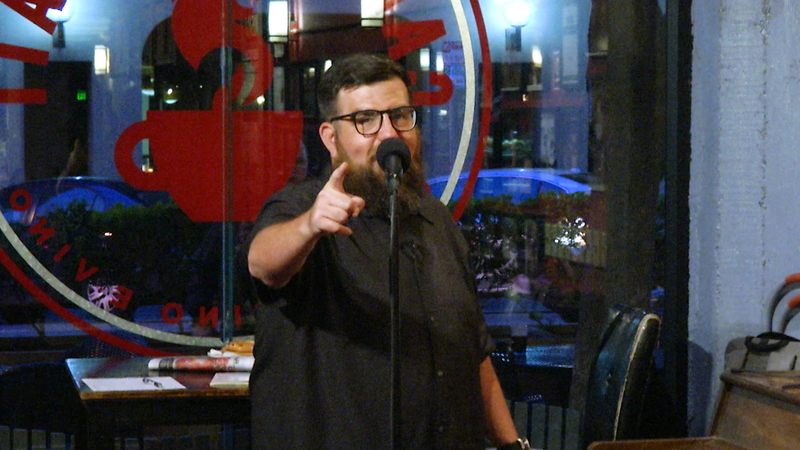 SAN JOSE, Calif. (KGO) -- Santa Clara County's new poet laureate is not what you would expect from a typical poet.

First, he goes by the name of Mighty Mike McGee.

He does not come from the world of academia. He didn't get a writing or English degree. He didn't even finish community college.

He got into poetry in his early 20s in an unconventional way.

"I got in through the kitchen window to poetry by showing up at cafes and bars and doing very loud, very fast poetry for people who were probably not sober," said Mike McGee, who grew up in the South Bay.

He has not stopped being loud. McGee is not shy about touching on subjects that make people uncomfortable or using profanity in his poetry.

Despite his unfiltered approach, McGee is also an ardent supporter of poetry and wants more people to share their writings in public.

He hosts Live Lit, an open mic for writers, every Thursday night at Caffe Frascati in downtown San Jose.

"One out of every six people in a sign up list is someone who has never done that before," said McGee, who wants poetry slams to liberate poetry from the stereotype that it is boring.