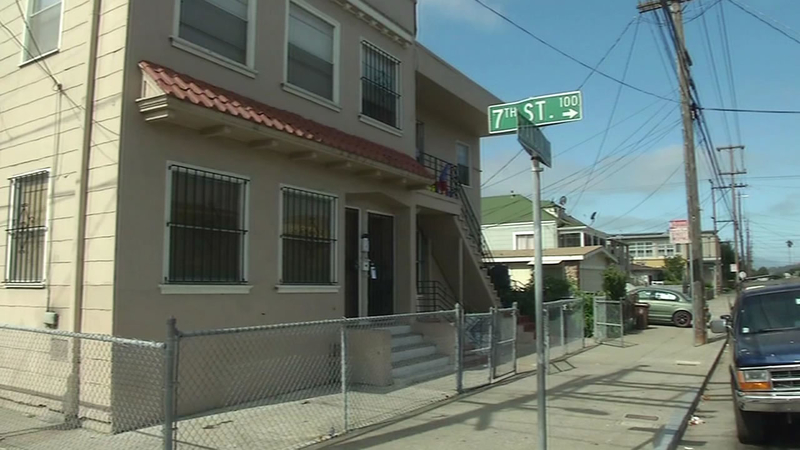 RICHMOND, Calif. (KGO) -- Police are investigating after a woman was forced to live in a closet at a home in Richmond's Iron Triangle neighborhood for a year while she was sexually and physically abused on a daily basis.

Richmond police and U.S. Homeland Security agents raided a home on Chanslor Avenue and arrested a 35-year-old man and his male relative in connection with the incident. Their names have not yet been released.

The woman, who police said had been lured from her home in Nicaragua through Facebook with the promise of work and a better life in the U.S., was able to contact an agent from the U.S. Department of Homeland Security.

Police say she told the agent she was being forced to live in a closet and was being held against her will.

The agent contacted Richmond police detectives working out of the recently opened West Contra Costa Family Justice Center, while advocates from the organization STAND! For Families Free of Violence contacted Richmond police detectives as well. "We believe this is a human trafficking case because there was either fraud or coercion involved," West Contra Costa Family Justice Center spokesperson Susan Kim said.

A woman who spoke with ABC7 News did not want her identity revealed, so we will refer to her as Maria. She was one of several neighbors who regularly saw the woman police say was forced to live in a closet and sexually abused.

A neighbor named Gabriel Garcia told ABC7 News the man was a painter who was married with a child. "But then, I think she moved out and then there was another girl I saw there," Garcia said.

Maria can't believe she was a sex slave because she moved freely outside the home. "I used to see the lady cleaning, opening the doors wide up and she would be cleaning, you know, just hi and bye that's it," she said.

It took Richmond police just 12 hours after they received a tip from U.S. Homeland Security to make the arrests.

U.S. Homeland Security officials say they want to know if the two men trafficked other women as well.