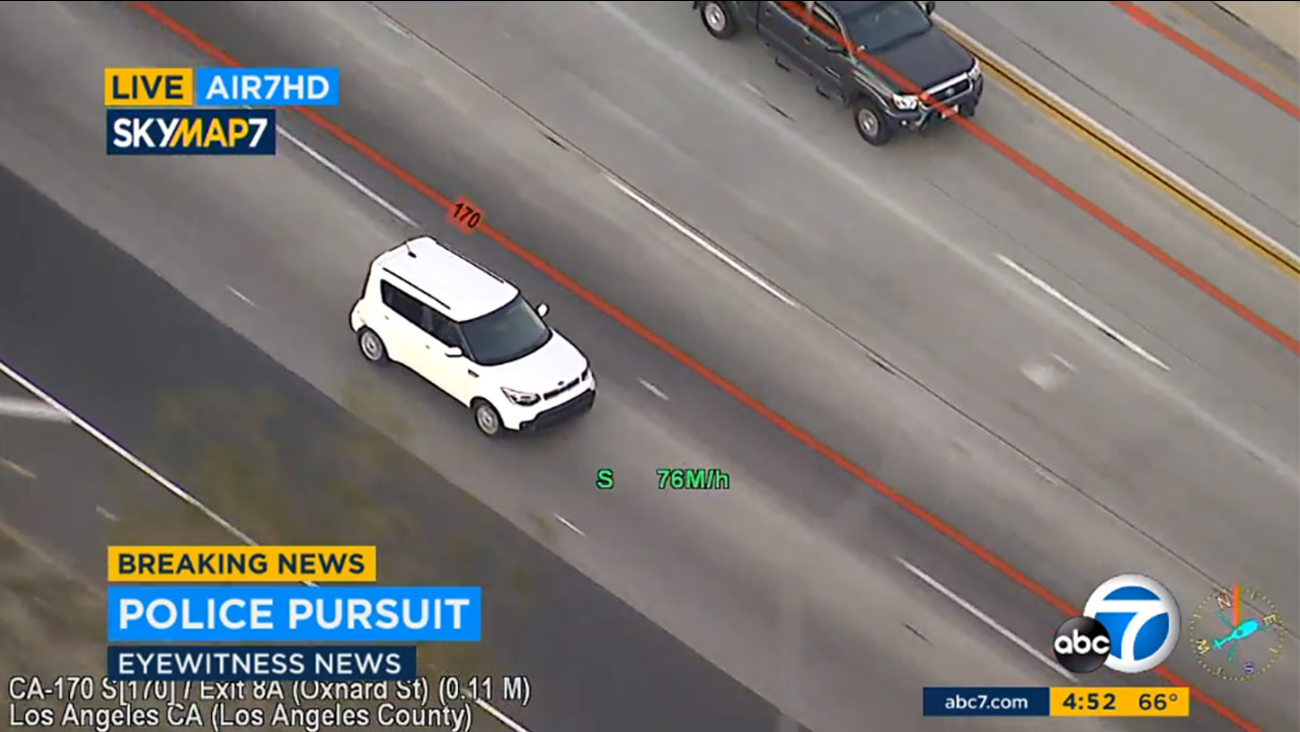 Authorities were chasing suspects in a white Kia Soul at high speeds on freeways in the Glendale and Los Angeles area.

PASADENA, Calif. -- A white SUV with possibly armed robbery suspects inside led authorities on a chase through freeways and surface streets in Los Angeles County on Friday.

The chase, believed to be involving five robbery suspects, originated in the Pasadena area. The driver of the white Kia Soul made his way onto the westbound 134 Freeway at speeds above 100 mph before getting onto surface streets in North Hollywood.

While on surface streets, the SUV traveled on the wrong side of the road several times, all while driving at average speeds of 60 mph and blowing through red lights.

Ground units were close behind until the driver got off the freeway and abruptly stopped the SUV on a street corner. Five suspects in hooded sweatshirts all bailed out of the vehicle and into nearby homes near Melrose and Harvard boulevards in Los Angeles.

Footage from AIR7 HD showed four suspects sticking together as they jumped from backyard to backyard in an attempt to evade officers. The fifth suspect appeared to run in a different direction.