Police: Driver slaps man after nearly running him over 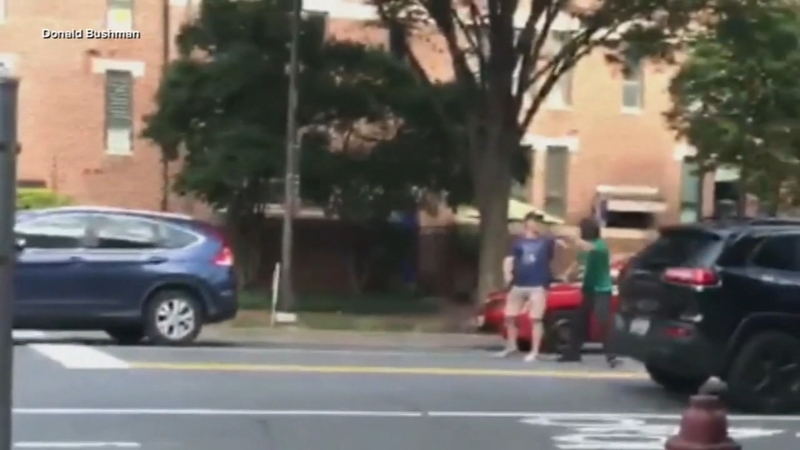 Driver nearly runs over pedestrian, then slaps him

BETHESDA, Md. -- A slap to the face was so loud, a cellphone camera captured the sharp sound from approximately 35 feet away. That slap was the climax to a road rage incident in Bethesda, Maryland.

Police told WJLA the driver of a jeep nearly hit a male pedestrian as he walked in a crosswalk.

"The biggest thing to me was the sound, it was very loud," said Donald Bushman who recorded the incident on his cellphone.

Bushman was standing outside a restaurant where he works at the time.

The video shows the pedestrian later use his cellphone to get the driver's license plate number.

The driver, Christos Gerrassimou, 24, is now charged with second-degree assault.

"It's kind of something that needs to be taken more seriously by both fronts," suggested Bushman. "That are either looking down at their phone or don't really care about their surroundings," he added.
Report a correction or typo
Related topics:
marylandattackpedestrian walkwayu.s. & worldroad rage
Copyright © 2021 WLS-TV. All Rights Reserved.
ROAD RAGE