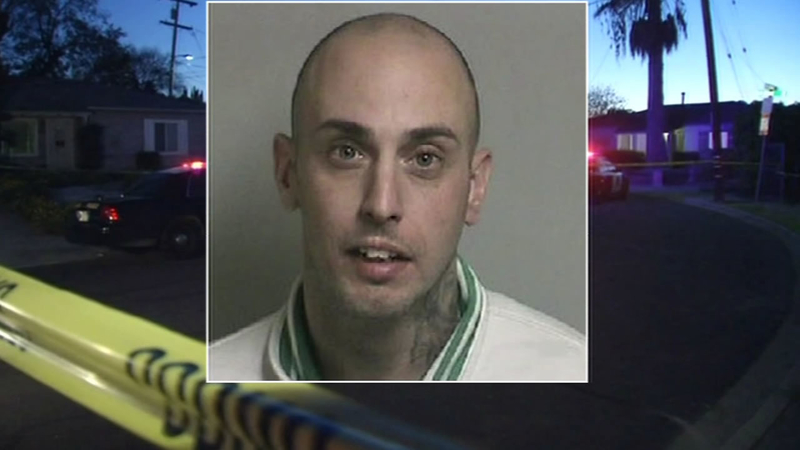 CONCORD, Calif. (KGO) -- Police in Concord Saturday morning have identified a suspect in a Friday shooting that injured an 8-year-old boy.

Police said investigators have identified James "Smiley" Jarrard, 32, of Concord, as the suspect in the shooting. Police say he's considered armed and dangerous.

There is currently a $1.1 million warrant out for his arrested related to the shooting, police said.

The victim, an 8-year-old boy, was transported by family to John Muir Medical Center in Concord and was later transported to Children's Hospital in Oakland, police said.

The victim was suffering from a single gunshot wound to the neck. The injury was described as life threatening, but the child was reported in stable condition this morning and is expected to survive, police said.

The family of the victim said doctors have not been able to remove the bullet from the boy's neck. They also said the boy was not the intended target. There were other kids playing in the front yard at the time of the shooting.

The shooting does not appear to be gang-related, according to police.

Witnesses say the shooter's own brother was at the scene of the shooting and that he was the intended victim. The bullet passed through a pant leg and hit the child. The alleged shooter and his brother were in some type of family dispute, according to witnesses.

Jarrard is described as a white man about 6 feet tall, 170 pounds, with a shaved head and green eyes. He has numerous tattoos including a large tattoo on his neck.

Police said he is currently on parole for burglary.